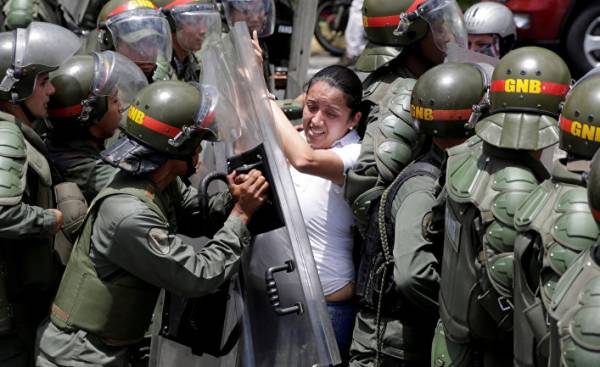 For two months, starting from April 6, in Venezuela, do not stop street clashes between the opposition and government security forces, which have led to the deaths of 75 people. Most of them died as a result of actions of the so-called Bolivarian national guard, the Bolivarian National police, various regional police forces and the armed militia “strike groups” of Nicolas Maduro. All these groups operate with impunity. In addition, about 15 thousand people were injured during this long battle.

Security forces, under Nicolas Maduro, began a brutal repression with which the Maduro hopes to quell growing dissatisfaction with his long-suffering people. As a result, the aforementioned dead should be added more than 1,300 wounded.

3106 Venezuelans were arrested for public expression of dissent or participation in protests, hundreds of people brought before military tribunals. We all remember that military justice is still justice, just as military music is still music. More than 80% of the detainees are young people; 60% students; 23% women; 14.5% of minors.

This paints a truly impressive picture that reflects the scary reality of Venezuela. And it seems that changes in the short term can not be expected. Most likely, the situation will only get worse.

OAS Secretary General Luis Almagro (Luis Almagro) with pain calls what is happening in Venezuela, “the civil war, which the repressive forces of the state are against unarmed people”.

What is the political response of Nicolas Maduro on the ongoing popular protests? He intends to convene a Constituent Assembly, which will be dominated by his supporters, to develop a new Constitution of Venezuela. Under. The Constitution, based on undemocratic principles, the so-called “communes”, designed to protect the free will of citizens on elections.

Thus, Maduro wants to legitimize your obvious authoritarianism. As it seems, forever. And to perpetuate their power. As it happens in Cuba. According to statements, hasty elections “founders” will be held on July 30. The text of the new fundamental law has already been developed with the participation of Cuban advisers. Thus, according to Maduro, in Venezuela, “peace is restored”.

In any case, this text is a diagram of an ugly prison which Nicolas Maduro intends to execute their fellow citizens, depriving them of their freedom. The answer to this is the growing and ongoing folk performances.

So, perhaps, the opposition could call on their supporters not to participate in the elections to the Constituent Assembly, but it would be a mistake, as it allowed Maduro to succeed, at least from a formal point of view. This will remind miscalculation 2005, when such failure from voting at parliamentary elections unexpectedly allowed Hugo Chavez to establish full control over the Executive.

If the Venezuelan President will be able to push through a new Constitution, he will be able to lose some of its current officials, particularly the state Prosecutor Luisa Ortega Diaz (Luisa Ortega Díaz), who have already distanced themselves from his government and the courts are against the planned constitutional reform. That really is something of a mad utopia, is the fact that the organs of justice of Venezuela, in particular its Supreme court, are not independent, and act as agents of the policy of Maduro. 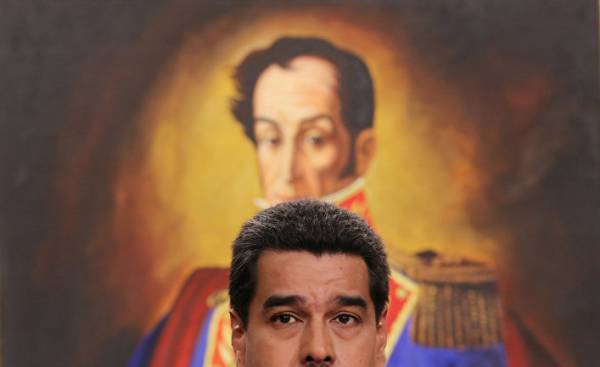 © AP Photo Ariana Cubillos,FileПрезидент of Venezuela Nicolas Maduro on the background of a portrait of national hero Simon Bolivar

The former investigators and prosecutors, together with opposition leaders tried to join the protests against the constitutional reform. But was unable to do so because the Supreme court didn’t let them into the building, putting around him a police guard.

A recent survey shows that 85% of Venezuelans oppose the constitutional reform, which pushes Nicolas Maduro. It should also be recalled that during the last free elections (2015) official candidates were defeated. That is why the opposition now holds a majority of seats in the National Assembly, which to some extent limits the authoritarianism of Maduro. One of the goals of the constitutional reforms announced by Nicolas Maduro, is the balance of forces in the National Assembly.

Presidential elections in Venezuela will take place next year, and ranking representatives of the official authorities is no more than 20%. This is a very low figure. Therefore, the government Maduro is betting on a radical change in the rules of the game. Because he knows that otherwise risk to lose and will lose power. For Venezuela it would be the salvation, as it allowed to start leaving the state of prostration in which she was brought by the Bolivarian model of collectivism.

Meanwhile, so far the only answer of Nicolas Maduro the protests of their own people is the violent suppression. This is the harsh and sad reality. Therefore, Monsignor Diego padrón (Padrón Diego), Chairman of the Episcopal conference of Venezuela, said that chavismo is trying to realize its plans for the National Assembly, and the danger is that Venezuela will become a Communist and lose the few democratic principles yet it still remains.

The reality is for the Venezuelans increasingly harsh. With the beginning of the year, the value of the dollar on the black market increased by 130%. Over the past week it has risen by 14%. 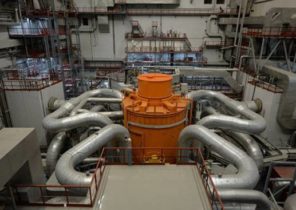