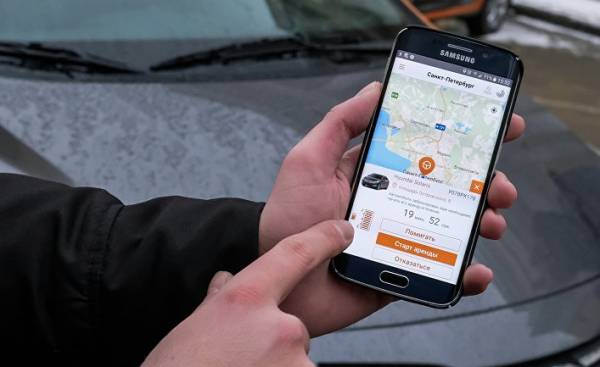 4 June in the Prefecture of Fukui held a rally, which was seen about ten thousand people. Sports Toyota-86 was operated by the Director of the company, Akio Toyoda. He always praised the driving pleasure of the car. As soon as Mr. Toyoda became Director, he immediately revived the production of sports cars. Sales of the first sports car, the 86-th model and still 15% higher than the monthly plan.

However, the Director is very serious. It is assumed that revenues and profits will fall for the second consecutive quarter. This applies not only results of labor. “We need to forget about previous successes.” Worrisome global developments in this business with the advent of short-term rentals and other services.

In the twentieth century observed the car boom. The market was in the hands of corporations that have developed mass production of advanced vehicles with minimal cost, Toyota has achieved in this area peaks.

However, for young people who have received freedom of communication through smart phones, cars ceased to be the object of desire. People who believe that there is no need to buy a car, if you can move around easily and for cheap, drew attention to the “car sharing”. Now this service is daily used by more than three million people around the world.

Also beginning to appear on the cars with the autopilot function. “In 2030, the number of private cars will be reduced by half,” — said the representative of Deloitte Tohmatsu. The automotive industry is on the brink of extinction destroyed the business model based on owning a car.

“To ensure that during the ascent to jump over to another mountain and continue to climb despite falling into a crevice, you need bravery.” Director Toyoda round the clock receiving messages from the Director established in Silicon valley, Toyota research Institute Gil Pratt (Gill Pratt).

This man, who was poached from Google, which is number one in the development of artificial intelligence. It was followed by former Google executives and University professors. Only 190 people, representing more than 30% of the total number of employees.

For five years, NII will be invested one billion dollars. The goal of the autopilot and “shares”.

General Motors (GM) lost Toyota went bankrupt during the financial crisis of 2008. “We abandon in order to chase sales volume. We will expand the service of car use,” says Executive Director of “General motors” Mary Barra, whose father worked at GM. Her management style would differ from the period when her father vied with competitors, producing cars.

The goal is to create a transportation service.

A subsidiary company Opel were sold. In may, the decision was made after Russia to leave India. Production of pickup trucks and other multipurpose vehicles is transferred to the contractors. This means that GM is gradually leaving the sphere of production.

Will be reduced investment in plant. The received means will be directed on acquisition of companies that provide services for the shared use of vehicles. Last year, GM has created a new brand Maven. The car can be booked using a smartphone. The cost is six dollars per hour. The number of users has exceeded 40 thousand people. It is also planned to create a service for transport companies that will for a week to take the car on hire.

GM rapidly changing manufacturing to the service sector. Toyota, whose eco-friendly cars pulled over a car business, will use the production experience and artificial intelligence to create driverless cars to reduce to zero the number of victims of road accidents, which amounts to 1.25 million people. Who do clients prefer?