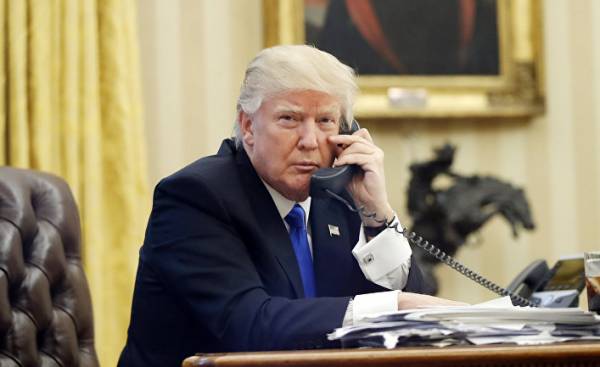 In fact, Russia and the US are very similar to each other. For example, regarding the Imperial view of the world and a pathological fixation on himself. The new factor is the similarity of leadership style. Vladimir Putin, turn unpredictability in your brand name, a competitor. The new American President Donald trump strikes the Russian authorities with new above. This week a press-the Secretary of the trump Sean Spicer (Sean Spicer) explicitly urged Russia to return the Crimea to Ukraine. In response, the official representative of Russian foreign Ministry Maria Zakharova immediately said that [Russia] will not return anything, and that Crimea is an integral part of Russia.

In relations between Russia and the United States something is going on. The tone is too angry, bickering too often, and frustrated with Moscow about Donald trump too obvious, and it says little about what predicted some great friendship can become a reality. Why not the relations of two major powers?

One look at my Notepad is enough to understand how quickly we have to change attitudes in our days. Not so long ago, at the end of January, I listened to some Russian interpreters of world events, which gave the impression of people, relaxed as never before. Kremlin Advisor Sergei Karaganov, who is usually grumpy, began to speak about the solution of many problems in relations between Washington and Moscow, saying that you can come to an agreement on the issue of Syria and Iraq, terrorism, and along with Ukraine. During the panel discussions, the analysts painted a bright picture of the chaos in Europe, the collapse of NATO and a new unity between the superpowers. The crown of it all — a sparkling Superman trump. Seemed version are in harmony with the clear tranquility in the center of Moscow, despite three years of economic crisis. Freshly painted and illuminated buildings, a new paved with granite sidewalks, the many vibrant cafés and restaurants. After all, all good!

But not in relations between Moscow and Washington. Great excitement about the resignation of Michael Flynn — the security adviser to trump, who once attended the dinner with Putin, is considered a friend of Russia, and who now had to leave his post because of too intimate talks with the Russian Ambassador in Washington. After that, the Russian media began screaming guard. Moscow analysts talked about the “perversely aggressive campaigns”, “witch hunt” on Flynn from the media. For Moscow, this man was one of a kind, irreplaceable. In the capital of the United States there is hardly any other politician and soldier, who violates the anti-Russian consensus.

Welcome to the reality of Russian-American relations! Moscow’s political cult “expensive trump” is an illusion. A sober view of the new American leadership adheres to Dmitri Trenin, head of Moscow Carnegie center. In the Berlin branch of the Research Institute “Dialogue of civilizations”, he noted that while trump had eliminated the danger of a military escalation between the two nuclear powers. However, Trenin believes in sustainable rapprochement between Russia and the United States. According to him, in the best case they will “hold their competition in a consistent format”, there will be no new Yalta (fortunately!), no new Helsinki (sorry!).

In favor of the thesis Trenin says a lot. In the current global madness, the US and Russia have very little in common. For Russia, the threat of terrorism is quite different than for the United States. Trump with his expulsion of Muslims goes his own way, just like Putin is allied with Assad. The commonality, perhaps, is that both achieved little success. Washington and Moscow have conflicting interests in Europe, the middle East, Iran, Africa, the Pacific and especially in China. There is also a little good that they could give each other. Both practically do not conduct mutual trade, they are sitting on a mountain of nuclear weapons, which can turn each other into dust. And I could sit on the border of the Bering sea and catch fish in the hole.

The rapid decline of the Russian Michael Flynn shows how quickly things can change for them the balance. Or, says Trenin, trump is able to quickly get rid of unprofitable business. “Today is Flynn, tomorrow it could be Russia”. It’s a big difference in the unpredictability here and there: Putin is pure tactics, trump trait. And that makes trump a threat not only for Europe but also for Russia. Perhaps even a greater threat.