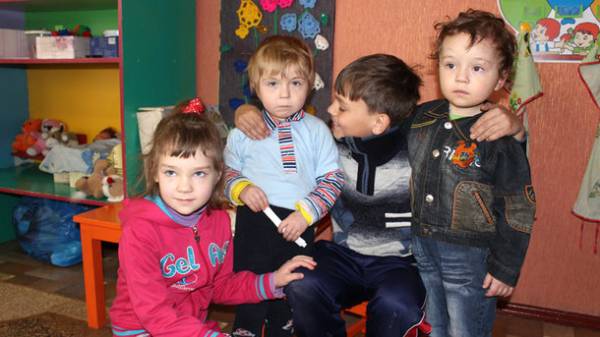 In September, Ukraine will reward the most daring version of the SES people who at great personal risk, saved the lives of others. The awarding will be held within the framework of the traditional action “Hero-rescuer of year”. As in previous years, among the nominees, many children. “Today” spoke with young Ukrainian heroes who pretend to high rank.

One of the heroes, 13-year-old Vladislav Shulga from the City of Cherkassy region, in early July, witnessed in the midst of the storm his friends filled up the wall of the warehouse. He had cleared the debris and pulled it out from under them children. “We were walking, when suddenly the sky began to sweep the clouds, appeared a pillar of dust and, as in the movie, flew up in the air stones and all sorts of sticks-chips — told us Vlad. — I clung to the tree, and my friends were standing under the wall. And suddenly she fell right on them! When the storm passed by, I forgot about fear and rushed to clean up debris and when dug up guys, one of them was unconscious.”

The mother of the young hero Lydia added that, fortunately, everyone survived, but still continue to treat the injury. Himself Vlad after this incident, considering after high school to study at the lifeguard.

The same three children, but from the fire, in the spring of saved 10-year-old Bogdan krasnopeev of Poltava region. As told to us by the speaker of the Poltava management of gschs Svetlana Rybalko, Bogdan, being the eldest of five children in the family smelled smoke in the house. “Bogdan saw smoke coming directly from the Cabinet, told us the fishing. It turned out that two of his younger brothers burned the things in the cupboard. One of the kids got scared and hid in another part of the wardrobe. Bogdan did not panic and quickly pulled the kids out of the house, which was already covered in smoke. Then I remembered that in one of the rooms sleeps another brother. The house is all burned, but the boy rushed inside, and made another baby out of there, then build in a matter of minutes turned into a torch.” Mom Tatiana Bogdan says that now often recalls the incident and is glad that the kids survived.

One of the younger heroes, 11-year-old Andrei Bukin of the Kherson region, saved his coeval Artem, who fell through the ice on the reservoir in January. As told to us by father Andrew, seeing sinking, the son threw himself on the ice, crawled to failure and pulled of the same age. “About the incident the boy was silent, but let it slip,” said us Bukin senior.