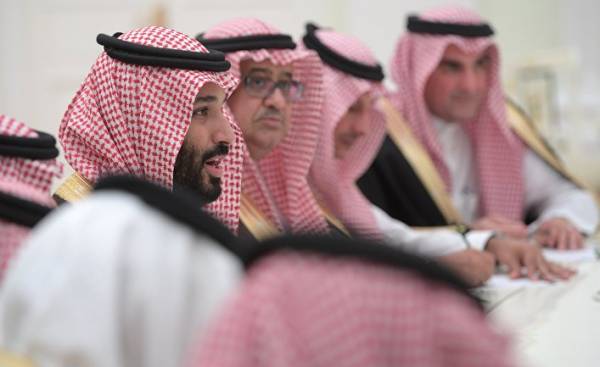 Though the decision was predictable, it nevertheless marks an important milestone in the history of the country. It also entails far-reaching consequences for the volatile Middle East and the rest of the world.

And without that powerful Prince Mohammed (known as OBR), who will retain his position of defense Minister and will take up his new post of Deputy Prime Minister, initiator of the ambitious and bold programme of reforms.

He seeks to reform his country, changing both domestic and foreign policy. He wants to introduce is the long-standing slowness in the sphere of social and economic change and is not particularly active diplomacy, the complex of decisive reforms and a confident foreign policy. This both inside the country and abroad are waiting with a mixture of excitement and anxiety.

Now, when the Prince is officially the future king, his projects will have a more powerful impetus. And his actions outside Saudi Arabia, particularly against Iran, an implacable opponent of Riyadh’s probably aktiviziruyutsya.

Saudi Arabia more than any other country in the world, in need of modernization. The Prince is determined to implement serious reforms. He embodies dynamism, youth the courage and vision of possibilities. But large-scale changes that it starts in the conservative Kingdom and in the region, involve risks, and there is no guarantee that his plans will be successful.

In the region living in conditions of insecurity, they promote the growth of uncertainty.

81-year-old father, Mohammed, king Salman, pulled his young son out of relative obscurity a few days after he ascended the throne two years ago. Before MBS was headed by the court of the crown Prince, who then was his father. After coming to power, Salman promoted Mohammed bin Salman on all higher positions.

Salman has appointed his defense Minister, when Mohammed bin Salman was only 29 years old, and made him Deputy crown Prince. He also appointed the son to the presidency of the new Council for economic Affairs and development, before which is the most important task is to save the economy of Saudi Arabia is a sharp drop in oil prices. Oil is the main source of wealth of the Kingdom.

Mohammed enthusiastically to his duties. He imposed an austerity regime to stem the financial exhaustion of the country. And when Iranian-backed militants, the Houthis captured the Yemeni capital, he started the war, which is one of the few hybrid conflicts in which Riyadh and Tehran are on different sides of the barricades.

Then the Prince unveiled an ambitious program of social and economic reforms called Vision 2030, promising to diversify the economy through the sale of shares in state-owned oil company and promote new areas of economic activity to reduce dependence on oil exports. The plan also seeks to increase the number of women among the employed population, and mitigating operating in Saudi Arabia rigid social rules. “Our vision — he wrote in the introductory part of the program is a tolerant country, where the Constitution is Islam, and method — moderation”.

The Saudis, who oppose the departure from the traditional rules of succession and oppose the proposed MBS socio-economic changes, yet do not Express their concerns out loud. Along with a statement about the change of the heir to rumors that religious leaders and a Council of princes approves new candidate.

National television showed the now former crown Prince Mohammed bin Naif (who was also dismissed and from a post of the Minister of internal Affairs), to swear allegiance to Muhammad bin Salman. But the new crown Prince, who won this round in Saudi “game of thrones” will have to closely monitor his critics.

Social changes already occurring, and the prospects for further change, especially encouraging the youth of the country. The authors of the Vision 2030 recognize the existing dissatisfaction with the rules that block access to most forms of entertainment. “We understand, — write the authors of the program, promising major changes — that the currently available cultural and entertainment opportunities are not commensurate with the increasing aspirations of our citizens and residents of our country.”

Many changes have already been introduced, and some of them concern the status of women. For them compared to women of other countries of the world still has a lot of restrictions. The main obstacle is the system of guardianship, in which women are treated like children. They have to get permission for actions which in most countries can undertake any adult. Recently, these restrictions have been relaxed, but the system is still not cancelled.

Saudi women are still forbidden to drive. MBS last year, said: “We believe that women in accordance with Islam there are rights which they have not yet received”. But he said that “not sure” that it’s time to lift the ban on driving, as opposed to the public.

And if the question of the emancipation of women Mohammed bin Salman acting cautiously, in foreign policy, he seems inclined to take risks. The war in Yemen continues, and no end in sight, despite growing criticism from human rights groups.

There are indications that tensions with Iran will only worsen. Last month in a TV interview that was widely broadcast by many TV channels, the Prince said that dialogue with Iran is pointless, explaining that the Shiite regime in Iran wants to get control over the Islamic world and that “its main purpose” is Saudi Arabia. And added in an ominous tone: “We’re not going to wait when the battle begins in Saudi Arabia. Instead, we will make sure that the battle was on them, in Iran.”

Currently he, along with his close ally, the United Arab Emirates, leads a diplomatic offensive to neighboring Qatar, which has ties with Riyadh and Tehran, as well as with groups associated with the “Muslim brotherhood” (a terrorist organization banned in Russia — approx. ed.). Prince Mohammed, conducting military and diplomatic policy seems to be trying to go beyond the traditional defensive strategy of Saudi Arabia in which Riyadh in the protection relies on the United States.

Nevertheless, the crown Prince believes the United States and the administration of Donald trump’s most important ally. In March, he was on a visit to Washington and met with the President of the United States. Then he prepared the way for trump during his overseas travel as President made the first stop in Saudi Arabia. Despite some confusion trump’s foreign policy, relations between Washington and Riyadh seem to be durable as ever.

This Prince Mohammed secured a major personal victory, being only a step away from the throne. But he was waiting for a serious test. Oil prices remain at a low level, causing the state of the economy of Saudi Arabia is deteriorating. If a comprehensive program is successful, he will go down in history as a reformer. If his plans are not implemented, the consequences can cause turmoil and destabilization in the middle East and the rest of the world.

But in this “game of thrones” the change is still inevitable.

Freda GITIS — the author of the column about international Affairs in the editions of The Miami Herald and World Politics Review. In the past a producer and correspondent for CNN. 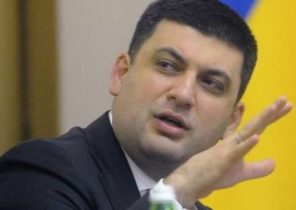