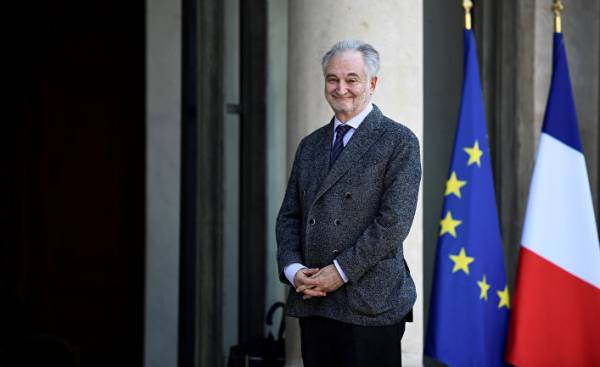 Currently headed by a non-governmental organization Positive Planet Finance, Jacques Attali (Jacques Attali) has shared his opinion about the development of Russian-French relations under President Makron.

— In your opinion, the support of Vladimir Putin and françois Fillon and marine Le Pen, can prevent a good relationship with Emmanuel Macron?

— It’s all in the past. Now we have to look to the future. During the presidential campaign in 1981, when françois Mitterrand was nominated, Americans supported valéry Giscard d’estaing. But this has not prevented President Mitterrand to maintain a very good relationship with Ronald Reagan. Today, Russia and France should be interested to work together and achieve common success. You need to move on and not dwell on information that you post on the media of one country on another. The French must understand that Russia, being an ally for many centuries, is today a force for peace. It is a European country, an important partner in the field of politics, trade and culture. That is why the European Bank for reconstruction and development acted as the main actor in the rapprochement of Russia with the rest of Europe. But the Russians must understand that they need to cooperate with France. In addition, Russia should be interested in the fact that the EU became stronger, as this would ensure a stable partnership.

— This week, the economic forum in St. Petersburg, the so-called “Russian Davos”. The French government apparently will be sending a representative?

— While in the foreground — political themes. This meeting of two presidents in Versailles. They should confront privately and set a new course in our relations. Well, and then turn to economic issues. Russia already is the main focus of French investment abroad, as it has enormous potential. And not only in the field of energy. It is also about such areas as technology, transport, tourism. Everything that connects Russia with Europe, it is very good. Economically, France and Russia complement each other. I am in favour of mutual investments, including Russian investments in France. After all, if Russian will invest in the French economy, then they will be interested in the success of France.

— Besides politics and Economics, do I need to take the initiative in the field of culture?

— We need more cultural and scientific exchanges. Including to new generations. It would be nice to start the Franco-Russian program for young people by type of non-profit EU programmes on exchange of students and teachers “Erasmus” (Erasmus). A good example is the Agency for the Franco-German youth (OFAJ), as it contributes to the development of relations and mutual understanding between youth of the two countries, which organize among themselves the exchanges on a regular basis.