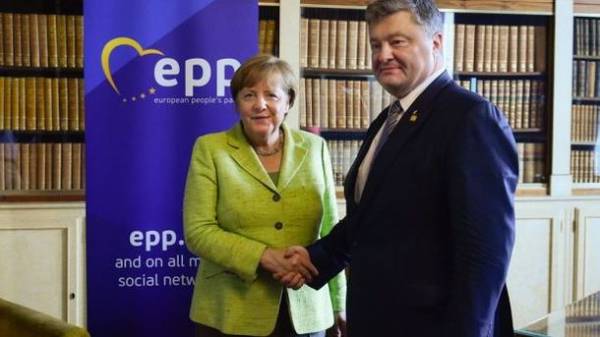 The President of Ukraine Petro Poroshenko in the framework of his visit to Brussels (Belgium) met with German Chancellor Angela Merkel. About it reported in a Twitter press Secretary of the President Svyatoslav Tsigalko.

We will remind, today the President of Ukraine had a meeting with President of the European Council Donald Tusk, with whom he discussed Russian aggression and sanctions against Russia.

It is expected that Poroshenko meeting with President of the European people’s party Joseph Golem and other leaders of the member States of the EU.

As was stated by the President, June 26, he will travel to Paris to meet with French leader Emmanuel Macron. 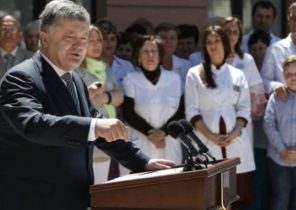 Poroshenko has promised to increase pensions in autumn