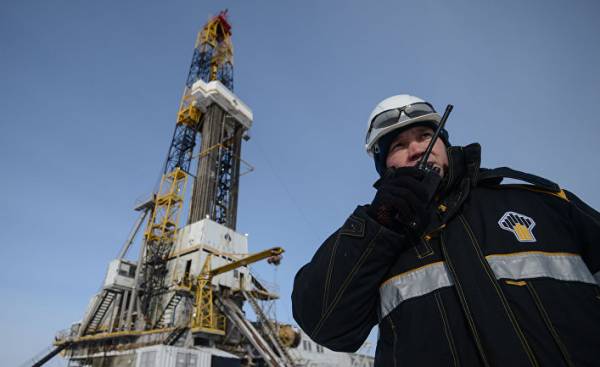 This week oil prices for the first time since last summer, came down amid numerous signs that the glut of oil on the world market will stop soon. Overproduction was immune to the constraints established by the Organization of countries-exporters of oil and its allies among leading mining countries, such as Russia, which last month extended the agreement to limit production.

There are five reasons for not allowing the oil to rise.

1. Unpredictable factors, such as Nigeria and Libya

Oil production in conflict-torn Libya, which was liberated from participation in the transaction of OPEC, surprised everyone with his growth. Despite the ongoing civil war in that country, which has Africa’s largest oil reserves, production in Libya recently increased to 885 thousand barrels per day, i.e. about three times compared to last year. Nigeria, is also not participating in the agreement of OPEC because of militant attacks on its oil infrastructure, is another dark horse. Last month, it increased production to 1.68 million barrels per day, reaching the highest for the year, according to OPEC.

The decline in prices is happening despite the conclusion of last month OPEC and 10 oil-producing countries, the agreement on the extension of the restrictions on the production, which until the end of March 2018 will reach 1.8 million barrels per day. But despite displaying, in General, the terms of this agreement its members, OPEC last week acknowledged that its efforts do not give the same quick results she was hoping for. On Monday, Morgan Stanley analysts said that the glut of oil next year will increase if OPEC will not reduce quotas or does not renew the agreement before the end of 2018.

OPEC had hoped that she would be able to reduce global oil inventories in storage. But in April, the amount of reserves the Organization for economic cooperation and development, which includes 35 countries with the developed economy and industry, increased by 18.6 million barrels, and now these stocks more than last year, when OPEC agreed to production cuts. It is reported by the International energy Agency, which advises the States on trends in energy markets. Many analysts believe that in the second half of the year, the reserves will begin to decline due to production cuts and increased demand. But still, “world oil reserves in the vaults of the decrease is much slower than expected, and remain at record levels,” said analyst Carsten Menke (Carsten Menke), working in the firm Julius Baer.

4. Production growth in the United States

Production in the US remains high, despite the drop in oil prices. American companies, extracting shale oil, experienced a decline in prices, focusing on the best sites and by implementing technical improvements. Today, some of the company can be profitable even if the price of 40 dollars per barrel. According to the International energy Agency, on average this year oil supplies in the U.S. will increase nearly five percent, and in 2018, almost eight percent. In such conditions, American manufacturers can overtake even Saudi Arabia in terms of daily production.

Before the may meeting of OPEC stock market players such as hedge funds and other large investors made a record number of bets on increasing oil prices. When OPEC has disappointed traders by abandoning the more serious limitations and extend the transaction for a longer period, investors began to pull back, leading to further price fall.

Bets on higher prices for Brent crude (long net position) last week fell by about half compared to the record levels of February, as evidenced by data from Intercontinental Exchange Inc. “At the moment long positions is suicide — said PVM analyst Tamas Varga (Varga Tamas). — Market sentiment is pessimistic, and everything is run by speculators.”