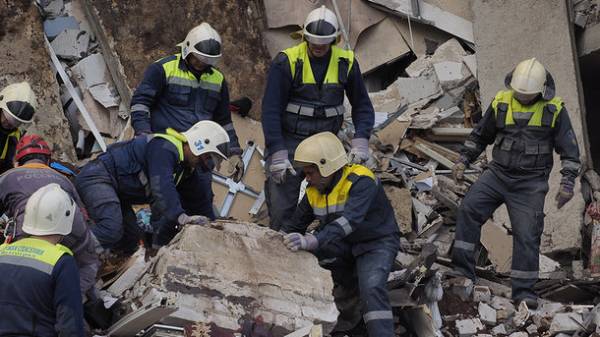 The fourth victim retrieved during night search works from-under blockages of the house in Volgograd, which occurred the day before the gas explosion. This was announced by the representative of the interagency operational headquarters, deployed on-site emergency.

“Retrieved the body of a fourth victim of state of emergency in Volgograd – a girl born in 1990, according to preliminary data, she lived in this house,” – said the expert.

Night from-under blockages were retrieved the third victim, an elderly woman, 1931, who lived in this house.

On Tuesday evening the head of yurts of EMERCOM of Russia Igor Oder said that under the rubble “may be two more victims”, thus the number of victims of gas explosion in Volgograd can grow up to four people, what has happened now. The representative of the regional emergencies Ministry said that “and after the detection and extraction of the fourth victim, search operations on-site emergency continues.”

We will remind, in the Volgograd day on 16 may there was a gas explosion in the apartment on the first floor of a four gasified brick house. As a result, were destroyed 12 apartments, collapsed ceilings and part of the external wall of the third staircase, damaged interior walls.

The cause of PE, according to preliminary data, was the damage to the pipeline in the illicit connection to the conduit, and the work was done by the company who did not have their permission. The investigative Committee of Russia opened a criminal case.