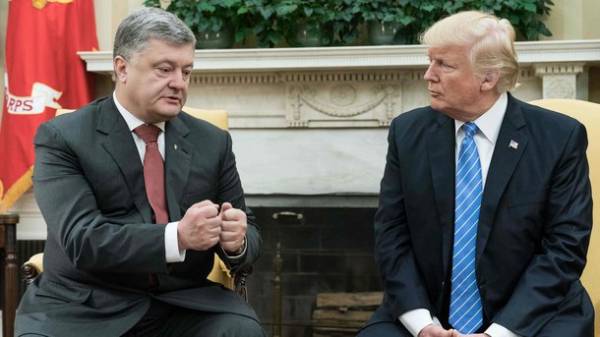 “I conveyed to Vice-President Pens a letter from relatives of prisoners illegally detained in prisons in the occupied territories and in the Russian Federation. And we received an assurance in those efforts that will make the US Administration to help the Ukrainians to bring our boys and girls home. You see that the agenda was very broad. I can say that I am completely satisfied with the results of our discussions and am very grateful to President Trump and Vice-President of the Pence, and the Ministers, with whom meetings were held over the very firm position of support of our state”, – said the President of Ukraine.

Also, according to him, during negotiations with trump, it was noted the cooperation in military technical field.

We will remind, earlier Poroshenko said, what else was discussed during the first meeting with trump.