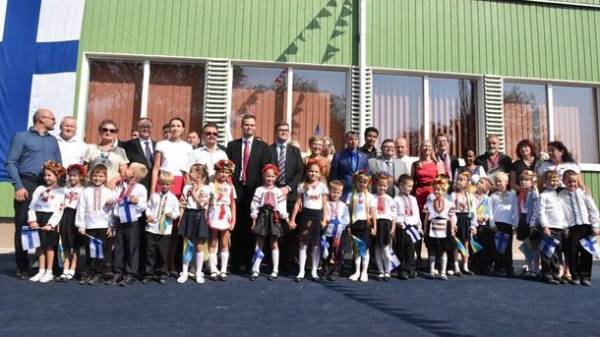 In a month will be known the results of one of the most unique schools of Ukraine — No. 21 in the village of Antonovka near Kherson. Its peculiarity is that near the old school building, which has more than 140 years, last year with the support of the Finnish authorities less than a year built a modular, portable actually school.

Lighting, appliances and heating water for students in a two story building green is due to solar modules on the roof. Another of the innovations of “ASTC” in classes, they can manually adjust the temperature, given the weather outside.

“We were ready to open on 1 September 2016, but waiting for the Minister of infrastructure of Finland, opened on 13 September — told us the Director of the school Galina meadow. — As for the buildings, the roof installed 400 square meters of solar panels that provide energy to the entire school. You can drink the water from the taps because it is cleaned with modern filters. In each class you can adjust the temperature. If the frost is 20 degrees, we can set the room temperature, e.g., +24 and above. But if the window is +40, then we can adjust the temperature to 18 in classes. It can make every teacher or student”.

According to her, the school building at any time to disassemble, relocate and reassemble: “In fact, because such a building is a kind of transformer of wood and mineral wool. Simply put, consists of several modules. The building is able to withstand temperatures up to 50 degrees below zero. It can be not only a school but also a Barber shop, and library, and much more.”

CONS. From the standard supply school also refused, because on cloudy days can use solar panels impossible. The school told us that almost all of January and February use solar almost was not. “The alternative, of course, retained, confirms the meadow. But in General, Sunny days accumulate energy so much that we can provide it and the old building, and several nearby houses. But do not do so, because the law have no right — you need to arrange a lot of documents. So its the old building we heated with coal and biofuels”. 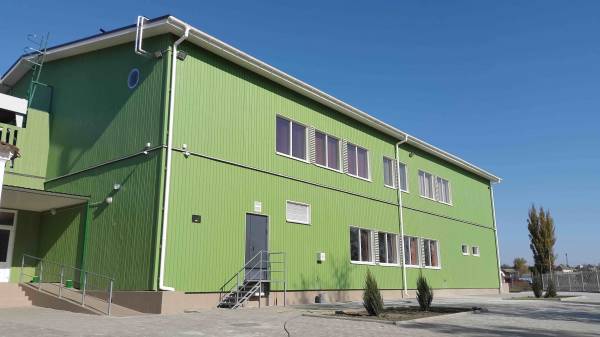 COMPETITION. It all began two years ago. In 2015 Antonovsky school won a grant in the amount of 2.5 million euros (at that time — about UAH 60 million) for the construction of “Green schools”, which provided the Finnish charity. From the Kherson city Council has allocated UAH 3.5 million to prepare the Foundation for the module, the external communications, the dismantling of old buildings and other preparatory work. “In General, for the construction, furniture, and all the work took about 75 million UAH”, — told us the Director.

The ECOTOURISTS. According to the school management, after colleagues found out about how it works, this institution followed a delegation of officials and teachers. “Come to see and learn what a “Green school,” says meadow. — We have an endless stream of guests, and not just teachers. There came representatives of the Italian, Norwegian, Tajik governments. For example, the Asian power told us that they want to build a network of such schools in villages. It is interesting that such a school can be built in five months. And our project is ready to take for a basis”.

To school at the end of April will come foreign experts to make the first official insights: they will appreciate how much we managed to save and how to effectively use. And the students are now undergoing training on how to save energy.