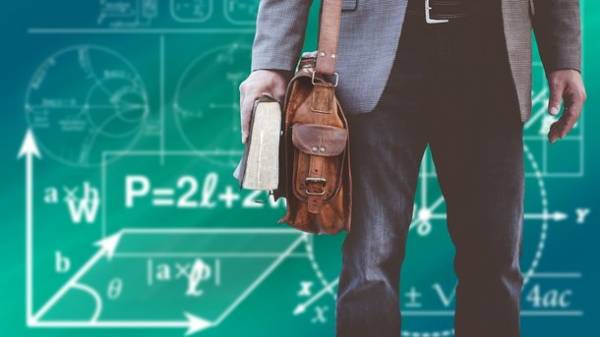 Ukrainian school graduates and their parents are preparing for the opening campaign in universities. On June 16 ended the main session of external independent evaluation, the results of which will largely determine where you will be able to admission, writes UBR.

Itself opening campaign starts on July 12. But, in addition to results of testing, an important factor in College choice for many remains the price issue.

According to the domestic legislation, universities have the right to annually raise prices for contract training within inflation. That is, this year, higher education could rise by 12%.

Manager analytical robot EU project “national Erasmus+ office in Ukraine” Zhanna Talanova says that the price hike is inevitable. “For objective reasons, in particular because of rising utility tariffs, the educational institution will increase the cost of their services. But we are talking about a slight price increase — not more than 10%,” she said.

The universities themselves, the prospect to rewrite the price tags are not very good.

“In the most prestigious universities, the tuition is very high. They hardly will even increase. Last year in KNU. T. Shevchenko, “Kyiv-Mohyla Academy” training, for example, lawyers have cost about 30 thousand UAH per year”, explains Talanova.

Rising prices may deter entrants. “The total number and so from year to year is reduced because of demographic problems in the country”, — said the head of the Department of education, analyst at the center CEDOS Egor Herd.

The growth of prices should keep, according to experts, competition on the educational market. Universities in Ukraine is clearly more than is required.

The herd emphasizes education in Ukraine in recent years, and so rose in price much more slowly than other goods and services.”In order not to lose students and, consequently, source of income, universities are simply afraid to raise prices”, — he stated.

“Last year, many regional universities gleaning of students even on the budgetary form of training. And the farther from the capital, the more there is a shortage of students. Therefore, regional institutions will not be able to raise the price even 5%,” explains Zhanna Talanova.

According to the project Manager to Pro-Consulting Elena Svyrydy, the number of private universities at the beginning of the 2016/2017 academic year has decreased by 2 and built 78 schools. The state closed more — 12, and now they are 196.

Egor Herd said, that though as-that to compensate for cost containment, educational institutions are trying to get more groups, and take almost all who come, regardless of training level.

Even if the results of testing the level of potential entrant will have to endure is that the nearest vocational schools, for the money it will welcome not one Institute. However, have to go. “Not enrolling in Metropolitan College, you can go further by region. In the end, somewhere Yes will take”, — said Talanov.

According to Elena Svyrydy, opportunities to get higher education for free for the last year became less. The number of budget places for the last academic year fell by 5%.

According to Pro-Consulting, in 2016 the proportion of students who enrolled in higher education institutions on the budgetary basis amounted to 47%, on a contract — by 45.8%. “Moreover, training contract at a prestigious public University could cost much more than in the private institution,” explains Talanova.

It is significant that the profession of a lawyer and an economist never go out of fashion already that year, despite the fact that personnel officers in one voice say – such a number of professionals in our market do not need to work. And this year, around the court, is no exception.

Expert on education Andrew Black says that last year to participate in UPE has registered more than 250 thousand. Graduates of schools of them — just over 190 thousand people.

This year, those wishing to make testing less. The total number of applications compared to the previous year, decreased by 8%, and high school graduates by 5%. Most of all, according to Black, signed up for tests in the Ukrainian language and literature, history and mathematics. In comparison with last year became more willing to pass the tests of biology and geography. The most unpopular items — less than 7% of applications were physics and chemistry.

Svirida leads the SSC, where the top 5 most popular educational destinations, based on the number of enrolled students in 2016 ,the ode looks like:

Herd highlights — a list of popular specialties in Ukrainian universities in the past few years does not change. However, last year the ratings were tourism. “It is not excluded that this year the interest will only increase,” — said Zhanna Talanova.

However, the flow in a particular direction will largely also depend on the results of testing. Students who received high scores on a particular subject, will go to the most prestigious specialty, and those whose results are lower, will have to settle for less popular destinations.

“Take, for example, biology. The results of testing, those who know the subject better, go for example, in medicine and biology. And the rest can go except on agricultural specialties, veterinary medicine, etc. the Best experts in mathematics will go to IT, and the worst — in mechanical or electrical engineering,” explained Herd.