Edition of “Popular mechanics” made a selection of the most udivitelnyh all cars – promotional, off-road, custom.

Panthermobile (1969). This amazing car was designed and built in 1969 by designer Jay Orberga especially for shooting in the animated film series “the Pink Panther”. He is still on the move, although the man (not Panther) to ride it comfortably.

Brooke 25/30HP Swan Car (1910). In 1910, a wealthy Scottish businessman Robert Nicholl Matthewson, living in Calcutta (India) the company booked Brooke car in the shape of a Swan. Don’t ask questions, he just felt like it. You never know what’s in the mind of wealthy eccentrics.

Wienermobile (1936). Many have seen the movie cars with sausage on the roof. Few people know that this is not just by chance someone converted custome, and the whole “fleet”, invented in 1936 by Oscar Mayer company and existing until now.

Buick Y-Job (1938). Concept cars — cars that were not originally intended for mass production. They are created in a single copy for demonstration of progressive ideas, different tests and PR of brands. Today concept cars are full of any auto show, but before the end of the 1930s they did not exist as such…

The Phone Car (1983). Car, present in all the compilations, the most unusual of machines. “Telephone car” built in 1983, Customizer Howard Davis chassis normal “Volkswagen Beetle”. The appearance of the body it is modeled with the most common office phone of the 1970s, which the master had to see every day on their own workplace.

Buick Centurion (1956). This concept car 1956 is one characteristic. Note the lack of rear view mirrors. Yes, that’s right — “centurion” became the first ever car with an installed rear camera and transfer images on the screen in the cabin.

Orbitron (1964). In 2007 in Mexico found stripped, deprived parts of the, order of the rusted car alien species. In the finding, with some difficulty identified missing for 40 years before Orbitron, unique kastomayzery project designer ed Roth.

Zippo Car (1947). Zippo is not just lit, and a cult. This cult has many interesting facts, for example, during World war II, all the products Zippo was only in the army, lighters are not sold to civilians. Therefore, after the war needed a bright advertising campaign, which would spread information about the fact that Zippo again you can buy regardless of their social status. And the company’s founder George Grant Blaisdell invented the “Tempomobile”. 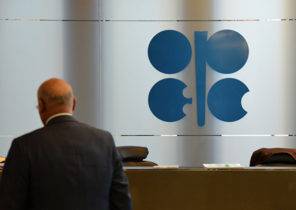