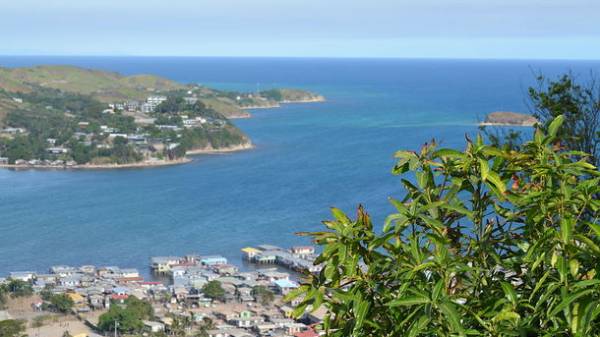 Seismic event is estimated as “devastating” Earthquake of magnitude 5.7 occurred in the North-Eastern part of the island New Guinea (territory of Papua-New Guinea). This is with reference to the message of the Altai-Sayan branch of the geophysical service of the Unified Russian Academy of Sciences.

According to the operational processing of the Altai-Sayan branch of Geophysical survey, the epicenter recorded at noon on Saturday, the earthquake had coordinates – 5.15 degrees South latitude and 145.46 degree East longitude and was approximately 37 km from the settlement of Madang. The intensity of shaking at the epicenter, the seismic event is estimated as “devastating”.

Recall, 17 December 2016 in the ocean near Papua-New Guinea earthquake with a magnitude of 7.9 points. The epicenter of the earthquake was located at a depth of 73 km and at the distance of 157 km to the East of the island of New Guinea. Immediately after the events in the country announced the threat of a tsunami. At the same time, information on victims and destructions did not arrive.