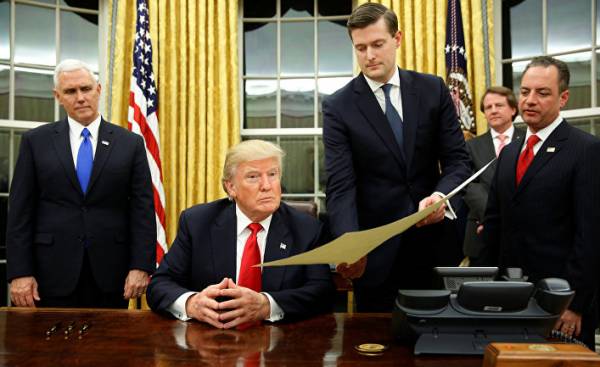 The dream of every Russian spy — to recruit agent-informant inside the White house or in any power structure in Washington.

According to U.S. intelligence officials, no one doubts that the Russians do make great efforts to get close to President Donald Trump and the people around him — whether they know about it they are interested persons or not.

“They always chose the objects of their actions, political leaders, said in an interview with ABC News the former agent of FBI counterintelligence David major (David Major). — They want to know who in our society is a real force who’s impact on society impact.”

And today, when there are more questions about what connection could support assistants and advisers of the electoral headquarters of the trump with the staff of Russian intelligence, the White house continues to deny media reports denying the existence of such contacts at any of trump’s aides during the election campaign.

The American intelligence officers argue that the Russian conduct large-scale campaign of penetration in political circles and influence on American politics. This campaign lasts for decades, and its original purpose since the cold war was the introduction of the “mole” in the White house, said in an interview with reporters, ABC News, the retired KGB officer, who once conducted espionage operations in Washington.

Last night a senior intelligence official said in an interview with ABC News that the materials collected by the FBI, while there is no evidence that trump’s assistants were aware that they talk with the Russian scouts. About contacts that the FBI is investigating, first reported by the New York Times on Wednesday.

“Not all men are knowledgeable and experienced, but they had to allow or to consider that the Russians, with whom they come in contact, may well be agents of the intelligence services”, — said the official familiar with the circumstances of the investigation.

Russia has repeatedly denied communication with his assistants trump during the election campaign. Request to give an interview this week, the Embassy was rejected. According to reports in the media, the press Secretary of the Kremlin Dmitry Peskov calls the allegations “ridiculous”.

In the current version of the Russian program of espionage and political influence, probably, used the so-called coherent and surrogates — the people and organisations that can extract valuable intelligence to gain more power or to wreak havoc so that the objects that interested them Americans don’t even know who they are actually dealing.”

A senior Democrat from Virginia, a member of the Senate intelligence Committee, Senator mark Warner (Mark Warner) said in an interview with ABC News: “a theory of war, theory of war of the XXI century, which includes false information and cyberslam — in fact, the creation of chaos.”

His Committee is currently conducting an investigation into the actions of Russia to intervene in the recent elections, and — in the framework of this bipartisan investigation — finds out, whether this involved any of the representatives of the election headquarters of the trump.

“I think that this investigation is probably the most serious thing in my whole public career, — said Warner. In my opinion, what the Russians did, if they gross interference in our elections, unprecedented.”

The white house remains under fire of harsh criticism due to the resignation of national security adviser Michael Flynn (as Michael Flynn), which was seen in the video, filmed in Moscow in December 2015 during the celebrations in honor of the Russian propaganda TV channel. At the event, he sat next to Russian President Vladimir Putin. Would soon become a senior Advisor to trump on foreign policy. For participation in the event, he received a cash reward.

On Monday, trump sent Flynn to resign after the emergence of media reports that chief Advisor on national security issues before his appointment to official position in the government, probably led to invalid conversations with the Ambassador of Russia on sanctions imposed by the United States. According to some officials, almost certainly no allegations of any crimes Flynn will not show. Although, according to two companion publications, it is possible that he didn’t tell the whole truth when giving evidence in the Department of counterintelligence of the FBI.

The intelligence Department of the Ministry of defense (DIA), which Flynn once headed (while the former President Obama didn’t fire him because of management problems), yesterday suspended the permit to be awarded the three star General of the army to classified information. The management of the DIA revoked his security clearance to top secret information/classified information with a special mode of storage. However, the temporary suspension of such permit for the period of the investigation is a normal procedure.

The message left for him Wednesday, Flynn said.

Now investigators from the Senate Committee and the FBI will have to figure out why the Russian (possibly) “courted” Flynn even in 2015 after his retirement and how he reacted to these actions.

“I was really wondering whether it was due to his actions — or indirectly implied — attempted to undermine American foreign policy,” said Warner.

However, the investigation is conducted not only in respect of acts Flynn.

Carter page (Page Carter), a former adviser to trump on foreign policy during the election campaign, is also located in the center of attention of investigators.

Paige argues that worked in Russia major business transactions and protects its leaders that the American intelligence officials is puzzling.

To the question, Brian Ross of ABC News about whether he agrees that Putin is a “villain”, Paige answered, “absolutely” does not agree.

In the now famous dossier, which contained unsubstantiated allegations that the electoral headquarters of the trump was in cahoots with the Russians, Paige mentioned as a Central figure.

In January in an interview with ABC News Paige has called the allegations that he met with Kremlin officials on behalf of the electoral headquarters in order to coordinate the publication of compromising on opponents trump, “absolutely ridiculous.” “This is an absolute and ridiculous lie,” he said.

And there by Paul Manafort (Manafort Paul), a former chief of staff of trump, who once worked with the Pro-Russian politicians in Ukraine.

He also denies that during the election campaign on purpose, with intent, talking with someone from the Russian intelligence. In an interview with ABC News, he said: “How do I know who is Russian spy?”

The intrigue has twirled even more Wednesday night, when the newspaper the Wall Street Journal reported that American intelligence officials are hiding from the 45th President received secret information due to loss of confidence in connection with the communion assistants with the Russians and the attention of the FBI to the White house.

However, according to many officials, this is absurd.

“Any statement that the U.S. intelligence community is withholding information and does not provide the President and his national security team a detailed intelligence, not true,” said the chief of service on public relations of the Director of national intelligence. 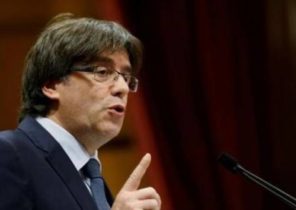