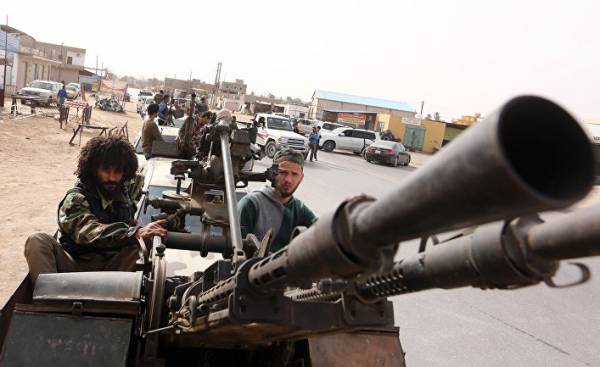 Since 2011, the UAE did not stop to assist Libya in order to overcome the consequences of the February revolution. They use a variety of ways, supporting the separatists and rebel leaders, supplying a huge number of weapons, despite the established UN embargo.

Violation of the UN embargo

The intervention of the UAE in Libya became even more apparent in may 2014 after appearing on the world stage such figures as field Marshal Khalifa Haftar, who later said about the military coup in existing government organizations, but he played an ambiguous role in all this. All of this was confirmed in several official and unofficial reports, the latest of which was the annual report of the International Committee on sanctions against Libya.

The UN report States that UAE has repeatedly violated the regime of international sanctions imposed on Libya, bypassing imposed on the country an embargo on arms sales in 2011 by providing military support to field Marshal Haftarot. Such recklessness on the part of the UAE destroys all international diplomatic efforts, and only adds to the Libyan conflict.

According to the information provided in this report, with the support of the UAE air force Libya are gaining momentum and expanding their power. The Committee fully confident that the UAE, led only to an increase in the number of casualties in the Libyan conflict and the ongoing arms supplies to the country, according to experts, can lead only to prolongation of the war, the preservation of chaos and dividing the country between the three competing governments. In addition, the report notes that relations with Saudi Arabia, the UAE were able to transfer the forces of the Haftarot 195 combat vehicles “pick-up”, a few Mi-24 helicopters of the Belarusian production, not to mention the development of a military base in the village Kharrub in the South of the municipality of al Marj in Cyrenaica, where he built aircraft hangars.

Report, reveals violations by the UAE, not the first of its kind. In March 2015, the UN report it was reported that the smuggling of arms to Libya includes not only the transfer of ammunition and weapons, and fighters supplied by the United Arab Emirates and Egypt. Since its invasion of Libya along with UAE Khalifa the Haftarot, was trying to push the Libyan people to revolution, to end the Libyan conflict and bring to power of the military, as happened in Egypt, when Abdel-Fattah al-Sisi was able to come to power in a military coup against the elected President Mohamed Morsi.

The presence on the ground

The UAE does not only import of smuggled weapons to Libya, but also recruit mercenaries in order to act in the interests of his country. Among these include the following politicians: the Minister of planning in the era of Gaddafi and the head of the national Transitional Council during the revolution, Mahmoud Jibril, one of the key figures in the Alliance of national forces led by Jibril, Abdul Majeed Malicka, Ambassador of Libya to UAE Ali Aabid, known for his hatred of Muslims and is considered a close friend of Gabriel. According to the intelligence agencies and many media, the UAE is firmly established in Libya, and conducted military operations, as well as now working with Egypt, they carried out the bombing of Derna.

On may 9 last year, the American Time magazine in its investigation has shown that, despite the embargo on arms sales to Libya, the UAE deployed six turbine aircraft at an air base in Eastern Libya to support forces of field Marshal the Haftarot in the war against his enemies in Benghazi and Derna. The American magazine quoted Executive Director of the company Newmax involved in the production of weapons, in which he confirmed the deployment of the aircraft of his company in Libya. He said that “satellite images confirm this fact”.

In October 2016, an organization dedicated to military research, Janes published a report confirming the fact that in the period from June to may of 2016, the UAE has established a military base in Eastern Libya, where was subsequently released light attack aircraft at-802 and unmanned aerial vehicles for support of “operation Dignity” under the leadership of the Haftarot. Also published photos taken on this basis, on 23 July of the same year, which shows a huge number of aircraft. The report noted that while the UAE had established a military base on the site of the airport of al-Khadem, who until their intervention was an ordinary civilian airport with modest infrastructure.

The role of the UAE remains uncertain

UAE seeks to destroy Libya, to turn its territory into areas of constant conflict, but also to destroy the social fabric of the country. The UAE became a refuge for leaders of the Gaddafi regime and supporters of the counter-revolution in this Arab country, which has long lived due to the war and the proliferation of weapons. In addition to political and military support received by the counter-revolutionaries in Libya from the United Arab Emirates, sons of the Emir Zaid found new ways, and used unfamiliar to the Arabs weapons based on the principle “buy-sell conscience”, and that was one of the determining factors of foreign policy of the UAE. 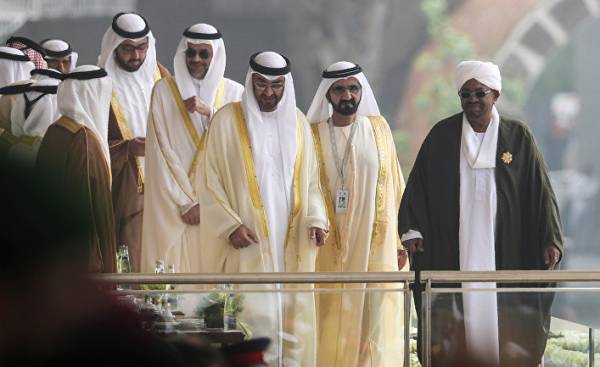 First, the UAE has acquired a “conscience” of the international mediator working in Libya, Bernard Leon. He was appointed President of the diplomatic Academy of the UAE, whose aim is the development of the country’s relations with the world, the promotion and strengthening of foreign policy, as well as training of staff working in diplomacy for 53 thousand pounds a month. All these actions were carried out in order to implement its plans in Libya, what happened in the end. Media have published documented evidence of the Union of león with the UAE. “I’m not working to develop a political plan that will affect everyone and in which all parties will interact on equal terms. I work in accordance with the strategic plan of delegitimization, the General national Congress,” these words of Leon only confirm his bias to one side of the conflict.

Before 10 November 2015 and the Libyan government in Tripoli announced the arrest of an Emirati officer on charges of spying, pointing out that among his documents and computer files found evidence of his involvement in criminal activities. The Prosecutor Sadik Al-sur said the officer, whom he knows under the name of Sacra Yusuf Ahmad Mubarak was arrested in Tripoli after the security services found information about its activities. The role of the UAE in Libya, not less “horrifying” than in Tunisia, Egypt and Yemen. Today their goal is to sow discord and conflict in the Persian Gulf, which divide and break it into pieces, and stop the cooperation Council of the Persian Gulf.