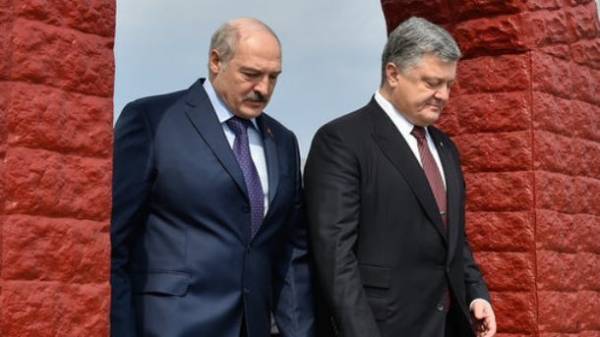 President of Ukraine Petro Poroshenko said that he had received from the President of Belarus Alexander Lukashenko assured that the Belarusian-Russian strategic exercises “Zapad-2017” near the Ukrainian border will turn to the preparation of the Russian Federation of springboard for the invasion of Ukraine. About this President said during the transfer of the border guards radio communications.

“I emphasize that I have no doubt exceptionally good intentions of Belarus, but it is allied relations with Russia, and to Moscow, we trust not at all. And so for me it was very important that I received from the head of the Belarusian state solid assurance that the planned Russian-Belarusian strategic exercises “West-2017″ near the Ukrainian border will turn to the preparation of the Russian Federation of springboard for the invasion of Ukraine, the Ukrainian land, with the Belarusian territory, ” he said.

Also Poroshenko thanked the Belarusian partners for the faithful execution of the intergovernmental agreement on additional confidence-building measures and security.

We will remind, earlier the head of Belarus and Ukraine, visited the Chernobyl area to honor those who died at Chernobyl.