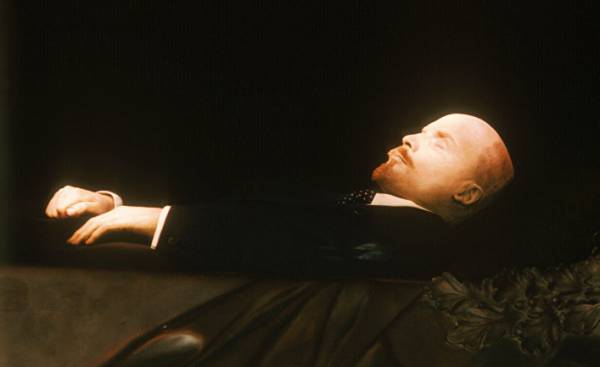 In Moscow for 100 years kept the body of the leader of the October revolution of Vladimir Lenin. There was discussion about whether to keep his remains on. In April, some deputies submitted to the state Duma a draft law on the burial of Lenin. The poll also showed that 60% of the population is in favour of the funeral.

The fans speak out against Lenin’s burial. The proposal to bury the revolutionary leader appeared before, but none of them was implemented. Storage technology of the body and spread to other countries, which contributed to the deification of leaders. Now the focus is the fate of the revolutionaries who built the Soviet Union.

Lenin was dressed in a black suit and a white shirt. Goatee neatly trimmed. It seems that he sleeps. Lenin’s mausoleum is in the center of Moscow on red square. The body of Lenin, who died 93 years ago, kept and exhibited to the public. The flow of tourists who want to see a historical figure, resting in a glass sarcophagus, is not terminated.

April 22, the birthday of the leader of the revolution, with pictures and flags of Lenin gathered the elderly, supporting the Communist party. They celebrated the 100th anniversary of the October revolution.

The proposal to bury Lenin was an icy shower for them. April 20, deputies of LDPR and “United Russia” introduced a bill on the procedure for the burial of Lenin. According to “Interfax”, the Deputy of the liberal democratic party said that because society requires burial, it is necessary to discuss this question, when will there be a round number.

In accordance with the sociological survey conducted by “Levada center” in April, 58% of Russians in favour to bury the chief at the Kremlin or in St. Petersburg. Against dumping was 31%. “Previous studies have also shown that continued storage is the minority. The problem is not whether to bury or not, and where to do it,” — said the representative of “Levada-center”.

Lenin died in 1924, at the age of 53 years. Stalin ordered to mummify him. Technology was used for the embalming, the body is sanitized, protected from the action of bacteria and is constantly in a special liquid in a state in which it was immediately prior to death.

A special team of scientists responsible for the storage. The body was opened to the public permanently. The mausoleum was closed only during the Second world war. Now access is limited to preventive maintenance. Some experts believe that the cost of maintaining tens of million yen a year.

The question of dumping was raised several times after the Soviet collapse in 1991. In 1997, President Boris Yeltsin has offered to hold a referendum on burying Lenin, however, he faced stiff protests from the Communist party and other left forces, so this attempt was unsuccessful. On the day of the birth or death of Lenin in the center of attention is the problem of disposal, but due to protests it always ends in nothing.

When April was offered to the bill, the head of the Communist party Gennady Zyuganov has criticized it, saying that it was a provocation. In his opinion, it is impossible to heat up this issue on the eve of memorial dates. 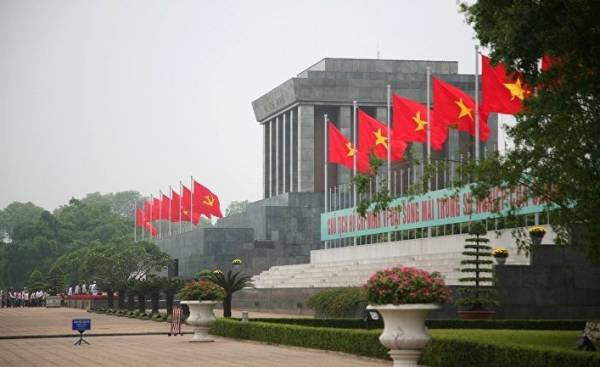 “United Russia” whose deputies signed the bill, immediately withdrew and tried to extinguish the fire, stressing that it is the opinion of its individual members. The Russian Orthodox Church, which was persecuted during the Soviet period, in favour of bury Lenin.

On the background of the confrontation close to Putin, Chairman of the State Duma Vyacheslav Volodin, has taken a cautious approach, with the result that the question was postponed, and the case came to the discussion.

Attempts to strengthen the Foundation of power due to the storage and display of deceased leaders are not rare in other countries. It is assumed that the Soviet Union had provided technology to Vietnam and the DPRK for storage of Ho Chi Minh and Kim Il sung respectively. In 2011, it was reported that a team of Russian scientists went to Pyongyang to embalm the body of Kim Jong Il.

In Venezuela planned to mummify President Hugo Chavez, who died in 2013, but they failed to resolve all technical difficulties. Experts believe that if Lenin will be buried, will it affect the storage bodies in other countries that have adopted this technology. 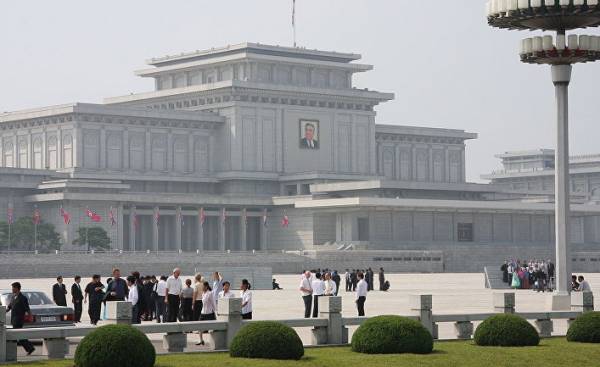 © Wikipedia, Mark Scott Hoppipola – the former residence of the President of the DPRK

President Putin commented October revolution very carefully. According to experts, he wants to avoid unnecessary tension ahead of the presidential elections in March 2018. “A sacred place of the revolution, Red square has become a center of Commerce. The mausoleum also lost its importance. Lenin’s burial is a matter of time,” said the Professor Zukovskogo University Nakamura, Toshiro (Toshiro Nakamura).

In Moscow at full speed there is a discussion of the development of the city: the demolition of Khrushchev and so on. The Professor expressed the following opinion: “the President Himself distanciruemsa from the discussion on this topic. A possible scenario in which the mayor will hold the burial within the framework of the modernization program of Moscow”.

“Better to wait until it hurts people who love Lenin”. In the course of a poll conducted throughout Russia in April, this opinion was expressed by half of respondents, supportive of burial. Still need time to determine the place where Lenin sleeps eternal sleep.

The leader of the revolution, which in 1917 had overthrown the Imperial dynasty of the Romanovs. Lenin proclaimed socialism and led him to the Bolsheviks, who seized power in October of the same year. He laid the Foundation for the world’s first socialist state, the Soviet Union, which appeared in 1922. After Lenin’s death in 1924, took the baton to Joseph Stalin. He strengthened the one-party authoritarian system. In 1991, when the collapse of the Soviet Union, across the country, the people destroyed the monuments to Lenin that symbolized Soviet power. It is assumed that the grandfather of President Putin worked for Lenin as a cook.