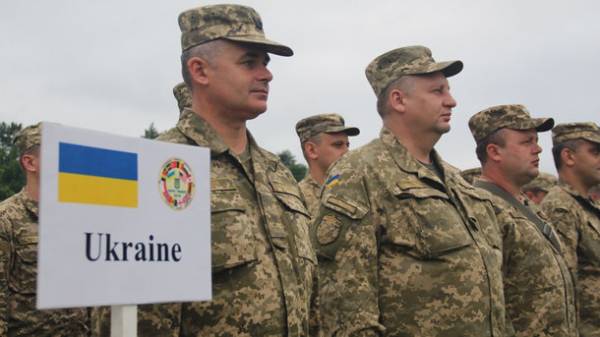 The level of patronage of the former military is one of the key factors, blyumina the popularity of military service.

One of the standards of NATO has a high level of caring for veterans of the army. The level of patronage of the former military is one of the key factors affecting the popularity of the military service and, consequently, the staffing level of the soldiers and officers of combat units. That is why the leaders of NATO in the system of government has a separate Ministry for veterans Affairs, reports “Apostrophe”. In particular, the Ministry is in the US, UK, Australia and many other countries. The Ministry of veterans created in Croatia, which experienced a similar Ukrainian-Russian conflict.

In Ukraine for more than 3 years fighting continues. The number of veterans is increasing, and a unified system of support is still there. The existing service of veterans Affairs is in rank below the Agency than the Ministry. Therefore, to coordinate the work of all authorities that are engaged in veterans, this service properly not.

Now in Ukraine there are 19 regions to ensure the realization of rights to benefits and other state guarantees for veterans. But in fact these agencies are relocating obligations to each other and, accordingly, does not fully ensure the interests and rights of veterans.

According to people’s Deputy Oksana Korchynska, now volunteers are extremely difficult to monitor the proper use of resources allocated to veterans ‘ needs. The concentration of the material base within the Ministry to better ensure the proper use of funds and at the same time control over their spending.

The system of power in Ukraine was formed based on the fact that Ukraine has friendly neighbors and it will not participate in large-scale wars. But the leading Nations of NATO have long been involved in various armed conflicts. And the experience forced them to seek effective ways of assistance to its military veterans. In most cases part of the solution was the creation of the relevant individual ministries.