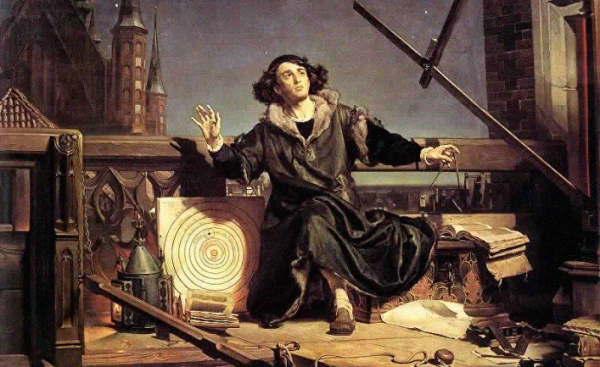 Speaking about relations between science and religion on this topic in Corriere della Sera was recently published an interview with physicist Carlo friend barb. (Carlo Rovelli) — need to deal with some prejudices that are not conducive to the direction of the discussions in the right direction. The first such prejudice that gives rise to all other, is the claim that religion, especially Catholicism, (allegedly) impeded the development of science. The underlying error of that concept is a misunderstanding of one fundamental fact: without the Judeo-Christian faith, modern science could never arise. We start from one basic presuppositions: science, understood as cognition (of nature, world and so on), based on a very simple principle: experience is possible only what are not afraid. In ancient times, nature has been untouched because it was considered sacred. Natural and cosmic deities of polytheistic religions have caused fear and dread in humans who, therefore, was forced to offer them sacrifices, sometimes even human to deserve the mercy of the gods. This vision of the relationship between man and the divinity was overcome by the assertion of Jewish monotheism, then Christianity accepted because it was a kind of desacralization of nature. Once approved by the thesis of the uniqueness of God, all the gods that were given human fear, not allowing to develop his curiosity, was reduced to the rank of simple creatures, and nature has acquired a completely new way. This process is evident even in the first Chapter of Genesis, especially when compared with the Babylonian legends of which repel the biblical writers. If the Babylonians the Sun, Moon and stars were deities, in the Book of Genesis, they created the one God: they are important as necessary role in human life, but are and remain creatures, devoid of any sacred role. This process of transition, that is, the disappearance of the fear of the dark forces and terrible deities, coincided with the beginning of knowledge. Added to this is that over the centuries Judaism had contact with the Greek world, more prone to reflection and study, and this Union gave rise to the theoretical assumptions underlying modern science (as well as the whole of European civilization).

There is also a second superstition is no less persistent and equally baseless as the first, relating, in turn, the origin of the Bible, starting from Genesis. For many decades, biblical studies show that the mythological narrative of Genesis answers the question, “why” did life and the universe, not to the question of “how” it happened. Judaism that underlie this text, argues that everything that exists was created by God as the root cause. Nothing more there is not approved, and absolutely it would be wrong to ascribe to the Bible meanings that go beyond its origins and purposes. Moreover, the assertion that the creation of the world happened in six days, should at least be considered in the context of recent biblical study, from which a picture emerges that differs greatly from generally accepted views. It should not be taken literally, as they like to do that fundamentalists of any religious associations. It has been proved that this text dates back to the period of the Babylonian exile, was written by a class of priests. More interesting to answer the question of why the priests have accepted the scheme six plus one, which technically is called “week”. The narrative has a center, the point at which everything converges is the seventh day when God “rested from his works.” However, in the Jewish calendar the seventh day coincides with the Sabbath (meaning “rest”), is the day when the priests went to the Temple to perform worship. Therefore, the seventh day was a day exclusively priests, who could thus acquire in the eyes of the people the power that they lost with the end of exile. We must not forget that the first “culprits” of the Babylonian exile were regarded as the priests because of their exposed by the prophets of sins against the Lord and against the people. Thus, for the priestly class, with the Book of Genesis, is the need to justify, to win people’s trust and influence him. This literary-historical explanation of the “deprecated” text, of course, does not exclude the theological interpretation, the only legitimate custodian of the Church which is the Magisterium.

In conclusion. When there is discussion on this or other issues related to biblical texts, it is necessary to consider that religion and science exist in different laws that must be respected. Religion answers the questions about the “why” of everything. If to speak about the specific case of the Catholic Church, it is based on Divine revelation that distinguishes it from the rest and characterizes rather not as a religion but as a faith. And it’s not subjective and, moreover, is not personal-psychological phenomenon, as alleged by anti-clerics and some Catholic-Protestant theological circles. Science seeks to establish “how” certain phenomena occur. Between these two points of view there is no contradiction, but there’s a distinction, not allowing people to be both scientists and believers. But, perhaps, no coincidence that all the greatest scientists in history were religious people, and most of them were Catholic. For a positivist position, it is still, unfortunately, the remaining dominant, is characterized by the representation of science as a light opposing the darkness of faith.

This is the most that neither is a real prejudice, artfully advancing and strengthened over the centuries, up to turn into a hackneyed commonplace. And like all clichés, even that concerning the relationship between faith and science, can not bear to get rid of.