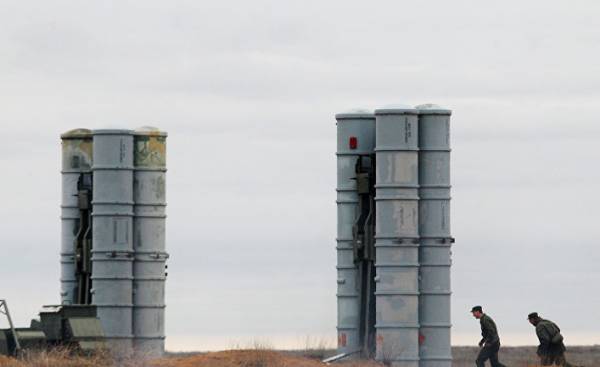 Wprost: Russia announced that this year the joint Russian-Belarusian military exercises “Zapad” will be one of the biggest in their history. As clearly explained and military equipment sent to maneuvers in 4 162 cars.

Roman Polko: it is Unknown how much the military will place Putin in the same car. Meanwhile, it is important not only the size of forces. The Russian President is not the first year is an information war, in which he defeated the West. Its capabilities in the field of media increase. Arranging such exercises, Russia was concerned about their lighting. The same thing happens when you transfer complexes “Iskander”. This is more propaganda than real action. However, exercises should not be underestimated, although Russia in its present economic situation will not be able to withstand military confrontation.

We have something to fear?

— Theoretically the object of the attack would be Warsaw. Would also work out tactical nuclear strikes. Getting closer with Belarus, Russia is beginning to present a greater danger than the solitary island is an unsinkable aircraft carrier called the Kaliningrad oblast. Also do not forget that the administrative approval regarding military action, Russia and Belarus need a watch, and NATO, such decisions are made weeks and months. So we need to create scripts that respond to actions that may be taken by the Russians.

– If this is possible given the high level of red tape that exists in NATO?

— Has ever managed it before, but now you can look at prospects with some optimism. We waited for the appearance in Poland of the operational group in the form of American armoured brigade with Abrams tanks, Bradley armoured vehicles and 155-millimetre howitzers, which can be applied to tactical nuclear strikes. We do not seek to engage in an arms race, but because of Russia’s actions (the seizure of part of Georgia, the annexation of Crimea, destabilization of the Donbass, participated in the battles hand-in-hand with the Assad regime), even the most ardent supporters of cooperation with Putin would have to agree that these steps should not answer diplomatic notes, but something real: a major NATO exercises on its Eastern flank, which we won’t hide to where you can see the threat.

– How to respond to this, Vladimir Vladimirovich?

— Putin’s strategy is simple: he can’t prevent the solidarity between NATO and the EU. This allows him to play with each country individually. In such a confrontation, Russia may look strong, or at least a significant player. If she has to deal with a Union of Nations, its force would look much more modest. Putin does not deny that he is a great actor when he sees that the West can not stand him, he holds the position of responsible non-aggressive policy, serving as the only guarantor of Russia’s stability — a rather large part of the world. When the West calmed down, re-admits Putin in their salons, he returned to the previous policy. This tactic he used several times already and always, unfortunately, successful.

– You mentioned about the American soldiers on Polish territory. Can the operation “Atlantic determination” to raise the level of our security?

© RIA Novosti, Andrei Aleksandrov | go to fotolanciaypsilon test of the Belarusian special forces for the right to wear maroon beret

— Political consequences we are already seeing. NATO’s decision become a fact. Otherwise, it was after the summit in Wales, which decided on the establishment forces, immediate response, however, no concrete steps have followed. Then not even staged a major joint exercise, which took place in previous years with the participation of, in particular, of the 18th airborne assault battalion that I commanded. Against Russia should take real steps, because of the word, conference or diplomatic notes will not have Putin no effect. He understands only the language specific actions.

I hope that the U.S. military presence will be enough for him eloquent sign. At the same time I hope that it will encourage our European allies to review their defense policy, especially in terms of the Third article of the Washington Treaty, which says increasing own military capability. Our Western neighbors have launched this area. Russia since 2008, constantly armed, creating a real combat potential, and the West is still asleep. Neither Germany nor France, not even Italy did not react as they should.

– Will the creation of the territorial defense Forces step towards a real strengthening of the military potential of Poland?

— It is important to make territorial defense and to change the approach to security. We are involved in overseas missions away from Poland and forget about the protection of their own territory, but this is the armed forces of each country. THAT is the best response to the so-called green men — non-conventional threats, irregular action, undeclared war, in which it is difficult to identify institutional aggressor in the face of a particular state. In the case of threats to the idea of territorial binding and protection of homeland has several positive aspects: it is the support of the civilian population, as well as knowledge of the terrain and its material base. I like that territorial defence pose, focusing on good examples, because the commander of these forces was Wieslaw Kukula (Wiesław Kukuła), who commanded a regiment of special destination in Wroclaw.

– They say that the soldiers get the equipment that was designed for soldiers in regular units.

— The troops of the territorial defense — this is the fifth of the armed forces in the Polish system. I know there are people who would like to have these men received no modern weapons, and the “leftovers” from the ground forces, so they felt like a second-class army that is only capable to dig trenches. But these men could well perform their tasks, they should undertake training, to be ready for action and, above all, proud of their service. I think the Territorial defence it will give them. From a conversation with General Kukulas I learned that it was modeled after the national guard of the United States. Of course, everything will depend on the details… To make this vision a reality will need the strong support of politicians and local forces.

– All our conversation revolves around the defense of Russia and the danger it represents. In mass media there were forecasts that the Russian army would need to capture Warsaw just three days…

— Maybe Yes, maybe no. Depends on what means the Russians decided to apply. I would put the question differently: why would they attack on Warsaw? Russia’s potential is great only at first glance. It is worth remembering that the occupation of the GDR were involved in 400 thousand soldiers. It was a very different time, everything unfolded with international approval. Why Russia is now throwing thousands of soldiers to the capture of Warsaw, if in our time makes sense to first control the media, propaganda, information, markets? The occupation today is that of the enemy cut off from the resources that are necessary for stable functioning of the state. Speaking about the potential of Russia, we often don’t take into account its vast territory. She can’t throw all their forces on the Eastern flank of NATO, as other regions will lose protection.

In addition, the media does not always accurately compare the capabilities, they often focus on quantity and not on quality. But, for example, the effectiveness of the Russian T-72 tanks in a clash with the us Abrams tanks is questionable. In addition, Russia is now experiencing economic crisis. Summing up: if the Russians want to, they can walk here in three days, but then they will have even faster retreat back. I’m more concerned about Gazprom’s plans than the bellicose statements of the head of the Russian General staff.