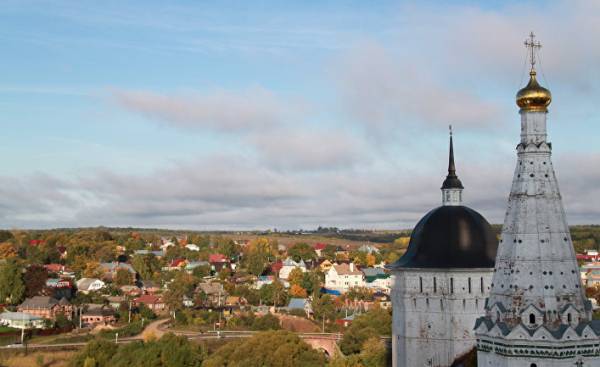 Unpaved street on the outskirts of Sergiev Posad has no name. Few tens of meters we see a puddle that is wider than the street itself. Its depth is unknown. Are we lost again?

But no metal gates to the right of the puddles are opened and we are welcomed by the marketing Director of the company “Kriorus” Natalia Radievsky.

“A lot of fools have been calling,” she says about the everyday life of the company. The information policy is open, but some precautions are still necessary. For example, a metal gate and a clarification of the actual needs of the customers.

“If someone calls and says he wants to freeze his body, we talk about the conditions, give time for reflection and ask to call back in two weeks.”

Behind a metal gate is a small house and a hangar with an area of several dozen square meters. Inside the hangar there are three white metal container with a height of several meters.

“This is actually a large thermos,” says the young Deputy Director of the company “Kriorus” Ivan Stepin in the room where the tanks are. He climbs one of them to measure vacuum pressure. In the tank there are two walls, and between them is the vacuum insulation material is perlite. To maintain cold thermoses electricity is required only once in two months to preserve the vacuum.

“The technique of Soviet times — said Stepin. — Capacity for doing in Pskov company that specializiruetsya on the hulls of motor boats”.

Of the three tanks at the moment are two. In each of them there is two cubes of liquid nitrogen, the temperature of which is minus 196 degrees.

In this fluid floats almost half of the clients of the company “Kriorus”, which signed a Treaty to quick freeze your body immediately after death. Only silent clients 54, and the rest are in another room of the company located on the territory of Moscow region.

The name of this activity — cryopreservation. Her task is to transform a person or important parts of the human body after death in order that, in future, it can be cured. Here not talking about the dead, only about customers, but death and aging are diseases that can be cured. Sometime in the future, when science will progress.

In the tank, located in Sergiev Posad, look impossible, so you have to believe in the word. It is difficult to see what’s inside. According to Ivan Stepin, body arranged in a circle around the edges of the containers upside down.

The space that remains in the middle of a container filled with steel vessels, which are the head, the brain and animals.

Some customers want to put a deep freeze only your brain because they believe that in the future it will be possible again to run and connect, for example, to some other body. While many people love Pets.

Freezing Pets and interesting from the point of view of the company. If you ever invent the technique of reviving frozen bodies, you probably will begin to apply it on the simplest of creatures.

In addition, cats can do that you cannot do to a person: they can be frozen in a living state, so “restart” in the future may pass easily.

According to Natalia Radievsky, clients suffering from pain often wonder whether it is possible to produce deep-freeze even to death.

“In accordance with the existing Russian legislation, we can’t do anything with the client as long as it is not legally recognized as dead, — says Natalya Radievsky. If we were investors from Switzerland, theoretically, we could open a branch in Switzerland, where euthanasia is allowed. But now it’s only talk.”

“Euthanasia of domestic animals and freezing them is a humane alternative. In this sense, animals are in a more favourable position than a man.”

On the roof of the metal hangar in Sergiev Posad flying 15 flags: the company has customers around the world. Among the flags you can see a Finnish flag with a blue cross, because the two containers are stored frozen Finnish dead.

There are few companies involved in cryopreservation.

“We have partners almost everywhere in Colombia, Turkey, China, anywhere,” says on the phone from Switzerland CEO Udalova Valeria. She returned from the international conference on deep freeze, which took place in Madrid.

Before sending the dead man carried out a so-called process of perfusion: the circulatory system is filled with preservatives. The body is then frozen.

“It’s no problem. These people are officially dead, and applicable international laws on carriage of the dead. We thus received the body from the United States, Japan, the Netherlands, Israel, Estonia”.

In practice, what can be done and at what time, determines the laws of each country. If perfusion fails to do so in the homeland of the foreigner, the dead man fast forward to St. Petersburg to conduct a proper manipulation.

According to the Deputy Director Stepina, the time available, is calculated individually. Roughly speaking, the perfusion must be done four hours after death if the dead body is room temperature. If the client’s body waits in a cold morgue, is the day.

Preliminary agreements is increasing. According to Udalovoy, the company signed 250 contracts with real customers, who ordered to freeze his body.

“The Treaty obliges us to be constantly aware of where the client is. In some cases we’re tracking his whereabouts via GPS. This is to ensure that we were always ready, says Udalova. — We stress that the contract cannot be terminated, otherwise grandchildren can try to return the money. But if money back is not required, we’re suing”.

The company plans to expand its activities. It acquires new premises with an area of 5 thousand square meters in the Tver region Northwest of Moscow: local agricultural Academy urgently selling its building. There the company is going to place of funeral service and laboratory for the study of aging.

In Russia the company “Kriorus” there is no competition. Why Udalova does not endorse the freezing of dead people as a successful business?

“The company is paying people a salary that covers your expenses and develops. Someday it will become a lucrative business, but it is not so.”

According to Udalovoy, the starting point of their activities — scientific dream. She is a physicist by education, but writes futuristic texts under the pseudonym Valerie pride.

“Initially, we created the Russian transhumanist movement, which brought together about 8 thousand researchers. The first dead man was frozen in 2005, and only after that my colleagues and I decided to start a company.”

“At first the officials were horrified when we were told that we were going to do with the bodies. But now we are fully cooperating.”

Scientists reject the idea of freezing

“The likelihood that the frozen person can then revive, close to absolute zero”, — commented on the prospects of cryopreservation Deputy Dean of the medical faculty of the University of Helsinki Professor Hannu SARIOLA (Hannu Sariola).

“The individual cells may be stored in liquid nitrogen. They will provide interesting material for future researchers.”

Sarioly opinion is shared by many, for example, the neurosurgeon Professor Mika Niemelä (Niemelä Mika) and a Professor of forensic medicine Sajantila Antti (Antti Sajantila).

There are three main problems: the destruction of the body before carrying out the freeze, the damage caused by freezing, and equipment for thawing, which does not yet exist.

In freezing technology has some progress. The main problem — uniform freezing of the tissues below the formed ice does not destroy the structure. With separate cells is obtained, but the technique to freeze the whole organism is only at the stage of development.

Defenders cryopreservation often refer to the experiment conducted in 2009, when the kidney of a rabbit was frozen for ten hours at a temperature of minus 135 degrees, then was thawed and again became operational.

At the may conference on cryopreservation, which was held in Barcelona, announced the successful result of the transplant. Scientific publications on this issue, however, was not.

Freezing buds to freezing a person, or at least his brain has a long way. But even if the technique is ever to be created, the problem with the duration of the entire operation remains. In the cryonization of the blood must be replaced by the composition, which will prevent the freezing, and the temperature should be reduced gradually. Only one primary cooling to zero degrees takes a few hours. The brain begins to break down after five minutes after ceases to receive oxygen. It is therefore possible that it will be damaged before the freezing will stop the destruction.

The brain, which is in a frozen state, to study hard, but in practice employees of cryonic company warned of the possibility of damages. Usually as a consolation said that in the future the damage will be able to fix it.

In the opinion of the neurosurgeon Namely damage, however, so serious that he finds it impossible their resolution, at whatever level was not technology development.

The Chairman of the Finnish society of cryonics Peltonen, Antti (Antti Peltonen) acknowledged that he does not believe that frozen with the help of modern techniques the bodies can be recovered.

But, according to its position, the information contained in the brain, when fully successful freezing sometime in the future you can restore.

“The brain could be carefully scan to determine damage and fix them. Then for this sample it would be possible to create a valid module that would save the information that contains the brain.”

In terms of cryonics this means to avoid “information of death”.

The brain module can be loaded into the computer or set on an artificial body.

Academician of the centre for brain research, Aalto University Risto Ilmoniemi (Risto Ilmoniemi) considers the use of module of the brain as a computer is theoretically possible.

“It is, however, talking about such a complex system that I don’t think someday it will be possible to realize”.

The Chairman of the Finnish society of cryonics Peltonen says that the area of cryonics is in its formative stages. For her now to create an umbrella organization that will encompass the entire world. With this organization of crooks should be thrown from the serious entrepreneurs.

“Kriorus” is the most well-known commercial organization in this area. Two other sizable organizations in the United States, are not commercial. This ALKOR and Cryonics Institute.

Everything in the world about 350 frozen bodies, or “patients” as they are called employees of the respective organizations.