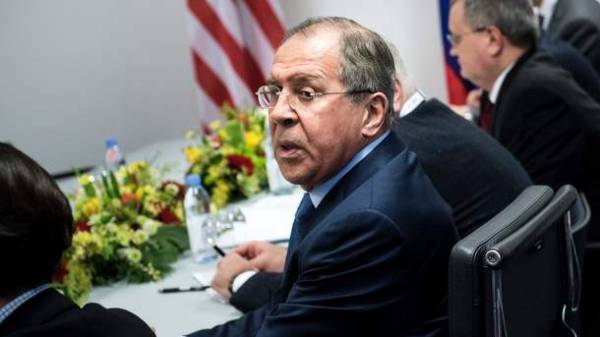 Russia is not seeking conflict with anyone, but always ready to protect their interests. This, speaking at the Munich security conference, said the Minister of foreign Affairs of the Russian Federation Sergey Lavrov.

“NATO is and remains the Institute of the cold war. It is said that wars begin in the minds of people, in the minds of people they stop, however, with the “cold war” that hasn’t happened yet, judging by the statements of many Western politicians. We strongly disagree with those who accuse Russia of trying to undermine the liberal world order. We are part of a single continent, together wrote history and made progress when we worked together. What kind of relationship we want with the US? Relationship of pragmatism and mutual respect. Our country has never been in conflict. In all of our interests building a constructive bilateral relations. In the Bering Strait separates us is only 4 km away. Russia is not seeking conflict with anyone, but always ready to protect their interests,” Lavrov said.

Recall that in 2014 Russia invaded Ukraine, annexing the Crimea. Thereafter, in the Donbass began the armed conflict between the Ukrainians and the rebels, which Russia is actively supporting arms, finances and his mercenaries. And later “good-natured” Moscow intervened in the war in Syria.