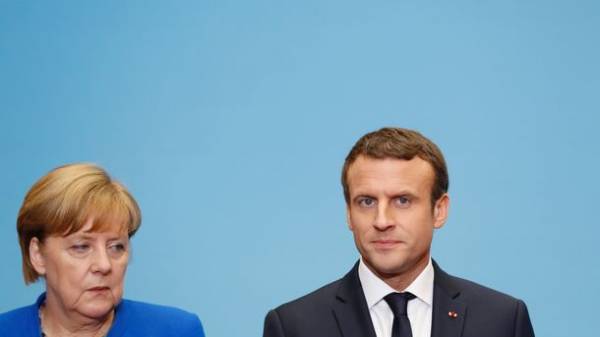 The leaders of the “channel four” called immediately to stop the violation of ceasefire regime in the Donbas and to continue the truce. This is stated in a joint statement, German Chancellor Angela Merkel and President of France Emmanuel Makron at the end of yesterday’s telephone conversation in the format of “four”.

“Violations of the ceasefire must be stopped immediately. The heads of state and government demanded the implementation of the harmonized tripartite contact group of the cease-fire of July 21, 2017”, – stated in the message.

The negotiators also called for the respect of the necessary measures to avoid damage to civilian infrastructure and important facilities, to prevent a humanitarian catastrophe in the Donbas.

We will remind, on July 24 held telephone conversations of the leaders of “Norman Quartet”, which discussed the settlement of the situation in the Donbas. In negotiations took part the President of France Emmanuel macron, the President of Ukraine Petro Poroshenko, Russian President Vladimir Putin and German Chancellor Angela Merkel.