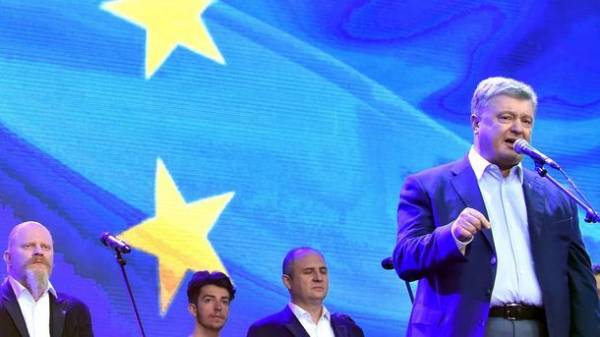 Ukraine with the entry into force of visa-free regime with the EU there are more arguments for EU membership.

About said the President of Ukraine Petro Poroshenko in his joint statement with President of Slovakia Andrej Kiska on the border crossing point “Uzhgorod” (Transcarpathian region) on Sunday.

“I want to say: the more progress we show that the path of reform, the more arguments I have and the Ukrainian people appears in order to give Ukraine the prospect of membership in EU”, – he said.

The Ukrainian head of state also added that Ukraine is “forever away from the Soviet past” and “returned to the European family.” “More than 4 million Ukrainians who hold biometric passports, they don’t need any visas, paperwork, fees, the queues, and this increases the value of the Ukrainian passports” – said Poroshenko.

In turn, Kitty congratulated Ukrainians on a visa-free regime with the EU.

“This day is worth a lot of efforts and great hard work. Ukraine has fulfilled its promises, did the same for the EU. As it should be, everyone should keep their promises,” – said the President of Slovakia.

Pussy urged Ukraine to continue reforms and to move forward on this path.