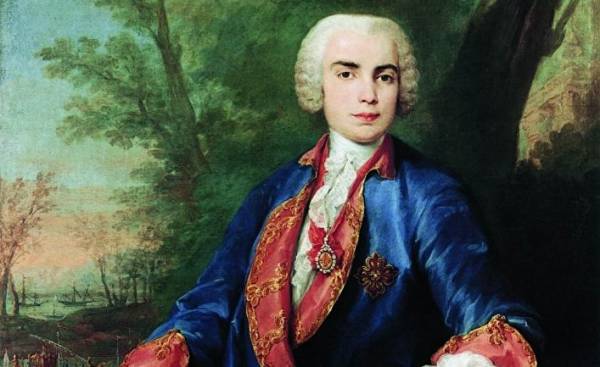 Who knows what he was thinking in his last days in April 1922, when she was lying in bed in his apartment in Central Rome. 63-year-old Alessandro Moreschi (Alessandro Moreschi) fell ill with pneumonia and was probably thinking about the coming death. Or about the incredible musical career, which he did in the Vatican that was in walking distance from his apartment at 19 Via Plinio.

But did he think that was the last of these singers? What constitutes the last link in the chain of the song tradition, which today causes us to wrinkle your nose — with delight or disgust?

Alessandro Moreschi was the last singer-the castrato. His genitals and family life was sacrificed on the altar of art. He breathed his last on April 21, 1922, and that was the end of a musical era that never could be repeated.

Despite the fact that his contemporaries called him “the angel of Rome,” Alessandro Moreschi was never considered a brilliant soloist.

But as the last representative of the 350-year tradition, Moreschi has earned a special place in the history of music. Besides, it’s his voice in the last known recording of singing eunuchs.

On the recording, made in Rome in April 1904, which you can hear in the video (see original article — ed.ed.) we hear adult Moreschi sings Ave Maria by the voice possessing a strange, metallic sound. Almost the same as the Pavarotti (Pavarotti) on helium. In the period between 1902 and 1904, the Italian singer castrato made 17 recordings. At that time the creative life of Alessandro is coming to an end and, from a musical point of view, it is much inferior to the work of such singers-the castrati of the past, as Senesino (Senesino), Pacchierotti (Pacchierotti), Ferri (Ferri) and last but not least Farinelli (Farinelli). But the record gives an idea of how it sounded when singers castrati filled the Opera houses and concert stages of Europe.

Singers-the castrati was an important part of musical life in Europe two or three hundred years ago. They were at the Opera. They sang in Church. They sang for the Pope. And for the Royal houses of the time.

At the time, some of them, as already mentioned above Farinelli (1705 — 1782), reached incredible popularity. They earn huge amounts and was the subject of a hysterical public adoration, maybe due to the then almost ecstatic euphoria caused by the person’s ability to create a sexless voice that was not able to create God himself.

A time for greatness singers-the castrati were the Baroque period 1650-1750 years. During this period, 70% of Opera singers were castrati. But tradition emerged in the 16th century, when the Roman Catholic Church in Italy has banned women from speaking or singing in Church. This caused an acute shortage of bright male voices that would be able to replace the female soprano.

The replacement of severely affected boys.

4 thousands of Italians were castrated annually

Many families have considered castration as a way out of poverty. Little boys were castrated based on the belief that castration was a guarantee of success in musical creativity. But, as I learned the most, beautiful voice did not appear automatically after removal of the testicles. Only boys who were already noticeable as talented singers, have achieved after castration of success. It was a sad discovery for the majority: those who dreamed of a future of luxury and wealthy life, but was forced to settle for odd jobs without any hope of a normal family life.

In the period from 1720 to 1740 castration annually subjected, presumably, for 4 thousands of boys. And that’s just in Italy.

Only one of these, 4 thousand could expect to have a successful career.

Boys are usually castrated at the age of 7 to 10 years, long before the onset of puberty. And if you are a male reader, you may be better to skip the description given below:

Before castration boys put in a very warm tub, where they remained until until may not lose consciousness. After the testicles were crushed by hand and the hoses were removed with forceps.

Not always the operation took place properly and there was nothing unusual in the fact that the boys had died after such an operation, especially when the quality of anesthesia was used opium.

Stop the natural development of puberty was ruthless farewell to the male nature. If a person is castrated, he remained a rather strange beardless person. Singers-the castrati were often asymmetrical, they have been a long part of the body, narrow shoulders and an unusually large upper body. And the larynx was so narrow as a child’s. Thus, the voice was the voice of a child, but had the strength of an adult. The voice was extraordinarily flexible, the holder can take several octaves.

Singers-eunuchs were incredibly powerful lungs. Saying that the famous singer-the castrato, Farinelli (which is told in the 1994 film of the same name), could hold a single note for more than one minute.

The tradition is dying out

But the eternal nothing. As singers, the castrati. In the late 18th century the tradition began to die. The last role for a male soprano voice was written in 1824. In 1870, castration of young boys was officially banned. Meanwhile in the Vatican the singing of castrati lasted until the early 20th century.

And that singer was the Italian Alessandro Moreschi (1858-1922), who received the dubious reputation of being the last known castrato singer. He was a member of the Sistine choir and was a conductor of this choir from 1898 until his retirement in 1913. After that, he led a quiet, solitary life without hysteria, the subject of which singers castrati were previously.

In the spring of 1922 Moreschi got pneumonia and died at the age of 63 in his apartment. He was buried in the family crypt Cimitero del Verano.

Moreschi’s death marked the end of musical traditions, the revival of which we hopefully will never hear it. 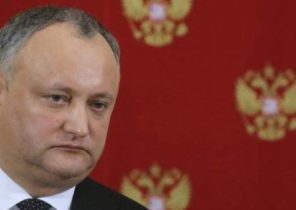