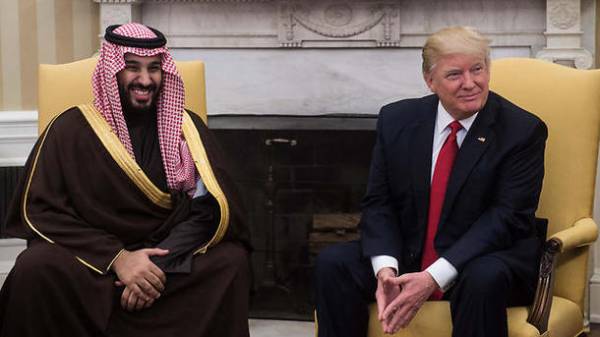 Saudi Arabia intends to invest in infrastructure projects in the U.S. about $ 40 billion, says Bloomberg, citing its own sources. The Agency notes that the funds will be allocated by the national wealth Fund of the Kingdom.

According to the source, to the alleged investment may be officially announced early next week during the official visit of Donald trump to Saudi Arabia.

Meanwhile, a White house source confirmed the information about the ongoing negotiations. According to him, this question is answered by the son of the US President and his Advisor Jared Kushner. Even during his election race, Donald trump announced plans to upgrade American infrastructure. In early March, trump requested for this purpose from Congress $ 1 trillion.

Recall, trump believes that the implementation of major infrastructure projects throughout the United States, such as the renovation of transport facilities, will boost the American economy and provide employment opportunities for the citizens of the country.

On a trip to Saudi Arabia will be the first foreign visit of Donald trump. After that the US President intends to travel to Israel and the Vatican.