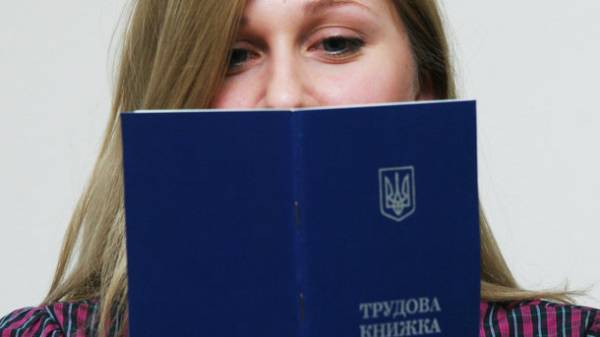 Soon the Verkhovna Rada Committee on social policy, employment and pension provision will finalize the draft Labour code of Ukraine (№1658, revised) second reading. If all goes according to plan, the vote in Parliament the draft adopted in the first reading in the fall of 2015, will fall in the second half of June: the Committee approved the comparison table and recommended the Parliament to pass the bill on second reading and in General. So very soon the Ukrainians will receive the updated document for regulation of relations with the employer.

Changes enough: the relevant Committee supported the amendments regarding the prohibition of discrimination in labour relations, participation in adoption of normative acts of the employer, trade Union organisations, the changes in the provision of paid leave and many other nuances that will affect the work of each of us.

“Today” figured out the new Code.

IN PRACTICE. The increase in annual leave to 28 days is within the norms of the European social Charter, says the Body. However, the normal market mechanism does not obligate the employer to pay such amount of leave as the Ukrainian law: creative, promotional, educational and family issues, of which there are more than 15 types! “If the social issues did not cause discussions, the other paid holidays shall be exclusively subject to the agreements with the employer”, — says Yuri Body.

AS WILL BE. Remote operation — a long-existing phenomenon, says birch, and finally it organizes the law. “Candidates today often say that they would like to work outside the office, she says. The chiefs will have to articulate what should be the result and in what period of time. There are programs to control the operation of the distance: boss, come reports of how many hours worked on a project”.

But perhaps some all remote workers will be left without social guarantees, warns Yelena Mikhalchenko, for example, paid sick leave and holidays. “To pay for remote work will be actually performed or produced goods, she says. Now with such employees, are civil-law contracts according to which they are not covered by labour legislation”.

Severance pay upon reduction will fall on the shoulders of the employer. If its size will significantly increase, benefiting only those who will cut in connection with the liquidation of the company, says Valentin Zhuk: “In other cases, the employer will try to get out. Profitable transfer of employees to 0,5 rates than the official cut,” she said. But the reduction of the probationary period can make it really stressful: “Probably, the newcomer will try to give more tests to do,” explains birch.

MOST IMPORTANTLY: “NO” TO DISCRIMINATION IN ANY MANIFESTATION

The new Code emphasizes the prohibition of any discrimination in labour relations according to race, colour, political, religious and other beliefs, sex, ethnic, social and foreign origin, age, health, disability, suspicion or presence of HIV/AIDS, family and property status, etc. is Forbidden not to hire an applicant just because she is pregnant. And discriminatory requirements will not be put forward at the stage of publication of the vacancy announcement. Illegal, infringe the rights will be considered as questions about civil status, private life and everything that was not related to professional activities. By the way, the reasons for which you do not have, the employer will be obliged to set out in writing and this justification is theoretically possible to sue in court (although it is obvious that the reasons will show quite different).

IN PRACTICE. The employer will confer a presumption of guilt, says Yuri Body, the Director of the Department of social policy of the Federation of employers of Ukraine: the applicant or employee need only report the fact of discrimination, and then the authorities will be forced to make excuses and to look for evidence in your defense. Also, according to him, article 17 provides that when an ambiguous interpretation of rights and obligations of the employee and the employer’s decision will always be taken in favor of the former. Ukrainian trade unions in General, harmless as a newborn, and yet the article 113 and 114 retain for them the Soviet the right to prohibit the company to fire members of the team, referring to any arguments.

On the one hand, all the hired manpower is on hand. But if you look wider — it turns out, no foreign investors on such rules will not tempt: they are alien to a market economy, according to a member of the Federation of employers. And that means thousands of new jobs too.

AS WILL BE. The bill promises enhanced social security — for example, the rules on maternity protection also extends to the category of “workers with family responsibilities”, which include parents, adoptive parents, guardians, Trustees, adoptive parents. But the attempt to protect people guarantees may make them less competitive, says the Body.

“Before the interview find out what the candidate is pregnant, impossible. But after meeting her call a thousand other reasons not taken, says the HR Manager from the Dnieper Valentine Zhuk. — However, if a pregnant has rare qualifications and really need it, it can take with a writing deal, which from maternity leave she’ll be back within 2-3 months after birth. Going on assignment, the employer will want to have some guarantees.”

But in General the problem of discrimination rather far-fetched, says HR specialist Hope birch. “Colleagues constantly complain that hiring staff is a problem, they are willing to take, even without experience, to adapt to the candidate, and on gender and age, certainly not looking. The main thing — that people simply wanted to work,” she says.

At the same time, the bill provides for a number of discriminatory grounds for the dismissal of the people by the leadership. For example, for the evasion of compulsory preventive vaccination, or physical examination can be fired without warning. At this point many questions arise: it is unclear at whose expense, and by whom will be a medical examination and whether the information received is used against the employee, said Yelena Mikhalchenko, expert of RPR, a lawyer of the public organization “Labor initiatives”.

Also will give employers the right to monitor workflow and performance of the employees duties, including using technical means. “But what about privacy? The law does not stipulate neither methods nor means of control. It can be not only surveillance, but also, for example, a mobile application that will allow you to track not only e-mails of employees, but also the routes of movement”, — the expert notes. 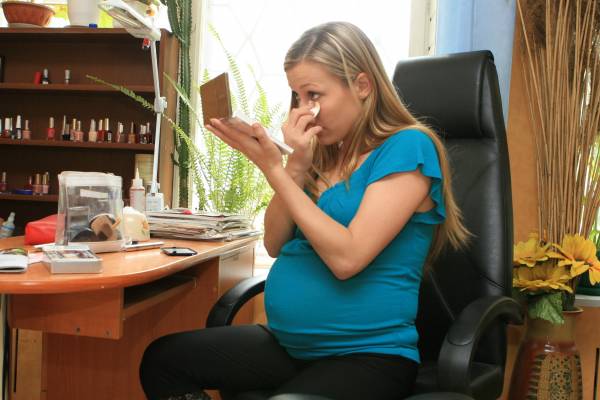 Pregnant. Get extra warranty and a trial period for them to cancel

IN PRACTICE. Mandatory written employment contracts are one of the most important innovations of the project, says the Body. To expand the list of issues regulated by the collective agreements, that is, all issues that can be examined and discussed.

“At the same time gained the practice of application of the labour legislation will be lost, and in its place will still be a vacuum until you make all of the changes will not eliminate errors and inconsistencies in the laws, and employers and employees will start to get used to the new requirements. It takes time and to develop new legal practice of settlement of disputes” — explains the Director of the Department of social policy.

“Employment agreements provided and now, but at the request of the parties. Therefore, we this rule is almost never used, master not once” — recognized and Valentin Zhuk.

AS WILL BE. According to the authors of the new code, the rule will attract foreign investment and make the labor market flexible. For this purpose the employer is given an unlimited right to make short-term employment contracts, expiry date which can be defined by the employer. “At first glance, it’s attractive, but undermines stable employment and can have a negative impact on the consumer market, — says Yelena Mikhalchenko. — In fact, the simplification of dismissal procedures do not always encourage employers to hire more workers. Even the international labour organization in technical comments on a draft of TC emphasized that the use of such contracts should be restricted”.

Will be necessary to conclude the employment contract in employment: so it will be clearly fixed the rights and obligations of the parties and will be less reason for labour disputes in the future. The contract will need to outline the guarantees on the part of the employer to ensure appropriate, safe and healthy working conditions, sanitary conditions, specify the conditions and terms of payment. Thus intend to combat illegal work that is covered by civil law agreements. In the future, to pay black wages and hire people for one-time or short-term work without registration is not officially possible — only through fixed-term employment contract. They are, according to article 62 of the draft Code, give the parties the same rights and duties as parties to the employment contract concluded for an indefinite period. But to change the terms of the document to require the performance of work in excess of or that is not included in the direct responsibilities without employee’s consent, is forbidden. 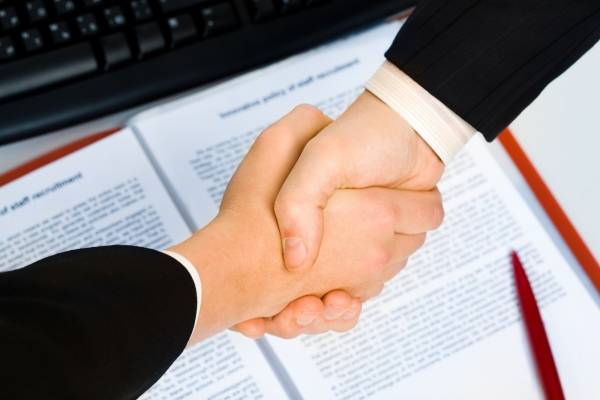 A new contract. Simplify the hiring and dismissal of employees

“CODE DREAMS”: WHAT IS MISSING IN OUR LABOUR LAWS

Living wage and minimum wage, according to the candidate economic Sciences, associate Professor of KNU. Shevchenko Anna Kharlamova, must cease to be the benchmark for wages. “It is better to replace them with a decent minimum hourly rate for the relevant types of work from simple to complex mental and pay dependent on skill of the employee. Then get the standard as in developed countries,” she says.

Theoretically, a similar system operates and we said Mikhalchenko. But the difference between us and Europe — the ratio between the tariff level.

“The ratio of pay between 1 and 25 tariff category in Ukraine is of 4.51, while in Europe — 10. This reduction factor leads to the fact that the difference between the wages of skilled and unskilled employee is very small, — says the expert of RPR. — And because of a binding minimum wage to RS 3200 have a situation where professionals and laborers can obtain the same.” 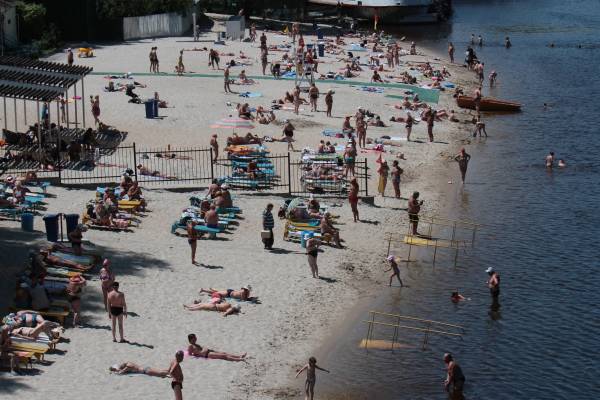 The current draft is too prescriptive and leaves no space for collective bargaining, said Yelena Mikhalchenko. “In many European countries, USA and Canada, the government sets only the minimum standards regarding the conditions of employment relied upon in the preparation of collective agreements. Such regulation allows the parties to adopt flexible decisions, — the expert explains. — This is important, because the system of collective agreements must reconcile interests so that the parties did not resort to extreme measures — strikes and layoffs”.

However, what worked in the West will not necessarily take root in our country, a recognized expert RRP: considering the frequency of violations of labor rights and the lack of a culture of seeking protection, you need to first guarantee the right to Association and to build a strong civil society. And now we need to adopt a new labour law, which would balance the rights of all parties and protect the weaker party of the employment relationship — the employee.

State intervention in wage should be minimal, says Anna Kharlamova, and mainly in the field of regulation of hourly minimal salary and tax system. And to determine the size of salaries of the company shall on the basis of social partnerships between them and government agencies.

“We need a mechanism of individualization of wages. In Western Europe, it refers to the differentiation of conditions of employment, are widely used contracts with individually specified by the nuances of cooperation,” — explains the economist. And most importantly, in her opinion, to rewrite the Labour code without any changes of the obsolete classification of occupations funny — without this base of the Labor code remains cosmetically repaired.