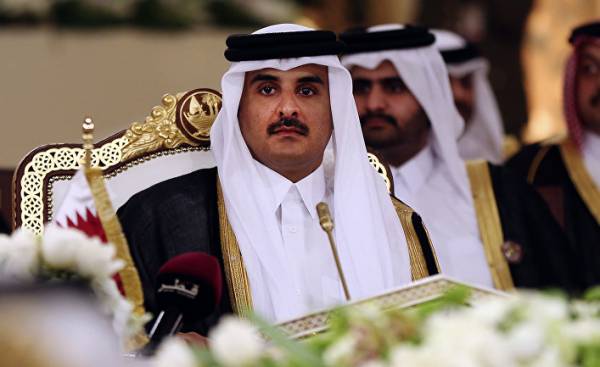 The new world map, which is formed with a light hand of trump, visible contours of a new cold war, less extensive than the one in which the Soviet Union opposed the US and its Western allies, but with more radical consequences, forcing the countries involved to build new alliances. It faced the Iran and Saudi Arabia: Islamic Republic headed by religious leaders, and the medieval monarchy, guarding Mecca and Medina, the two sacred places for Muslims. Iran and Saudi Arabia are fighting for religious and geopolitical leadership, using for this purpose the arms in Syria and Yemen.

In this regional cold war, which culminated centuries of rivalry between the Persian Shiites and Sunni Arabs, were quite popular doctrine, which Moscow has used against countries of the socialist camp, to prevent their exit from the sphere of its influence. It happened in Prague in 1968 and Budapest in 1956, when Soviet tanks crushed the attempts of democratic reforms undertaken by local Communists.

The concept of limited sovereignty, known as the Brezhnev doctrine, has found its application in the Arabian Peninsula. The victim this time was the small Emirate of Qatar. It has invaded the tank, but he suffered something similar to a military defeat in the modern global world, particularly given the high dependence of this country on imports and air transport, also located on the Peninsula and bordering it with your enemy.

In inter-Arab relations can not be understood, without penetrating to the tribal nature of the authoritarian States that emerged on countless hydrocarbon wealth and legitimized through religious rigidity and intolerance. Riyadh and Abu Dhabi the two capitals, under a lenient and even encouraging eye of Donald trump — have historical reasons not to trust Doha. These reasons are rooted in the very emergence of these States. Qatar is constantly in confrontation with Bahrain, a small island of a feudal Royal dynasty of al-Saud and refused to enter the Federation, which in 1971 emerged the United Arab Emirates, after Riyadh.

However, the discovery of huge natural gas deposits at the bottom of the Persian Gulf have allowed Qatar emirs to pursue an independent foreign policy, the main tool which was the TV channel “al Jazeera”, taking an equidistant position relative to Riyadh and Tehran. Following the historical precedent, Qatar decided to take the same position which was occupied by France against the United States, or Yugoslavia against the Soviet Union, although his foreign Minister only a few hours ago, cited as an example of a neutral Finland.

But the holiday ended. Qatar’s foreign policy suffered an almost fatal defeat. If the current Sheikh will not put up with the situation, this will make Riyadh. In the end, Qatar will have either to obey or to choose as partners of Iran, Turkey and Iraq, where the majority of the population — the Shiites. In the future, possible protection from Russia, but the threat to see tanks in their country.