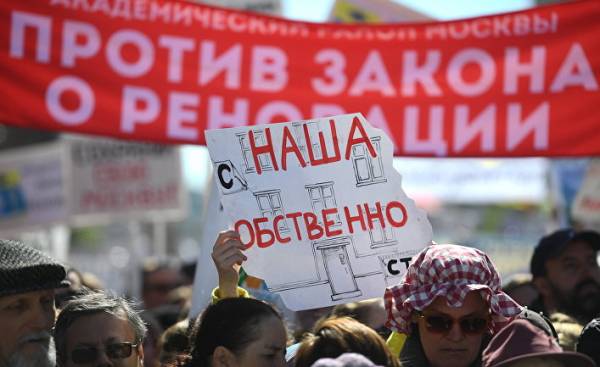 Just a few months ago it seemed that the Russians succumbed to the “soft despotism” of the Kremlin. The arrests of opponents of the authorities throughout Russia gave rise to a widespread feeling of fear and discouragement — the feeling that words and actions would have no meaning, mobilization useless. But after the recent protests, we can assume that the Russians still have the desire to fight.

Of course, the Kremlin-backed “patriots” remain a powerful force to deal with critics of President Vladimir Putin. May 9 in celebration of the Victory Day across the country took to the streets over a million people, holding portraits of Stalin and victims in all Russian wars, including the present — in Ukraine.

The so-called March of “Immortal regiment”, when something remarkable civic initiative, captured the Kremlin for the benefit and propaganda. This is a manifestation of national unity, in which the state provides people with a framework for portraits and ribbons. When one woman tried to protest marches with a poster to end all wars, the crowd perfectly did Patriotic duty in front of the Kremlin, shouting in anger: “You insult our President.”

As has been warned by Alexis de Tocqueville, the state does not have to be totalitarian, to practice tyranny. “The tyranny of the majority creates serious obstacles to the freedom of expression by providing ready-made opinions for the use of individuals, eliminating the need to form their own opinions.” This “tyranny of the masses” don’t need a Gulag to be effective.

However, just a week after the March Victory, the minority stood up. Almost 30 thousand people protested in Moscow against the Kremlin’s plans to destroy the so-called Khrushchev — approximately eight thousand five-story building, built in Moscow in 1950-ies in the reign of my grandfather Nikita Khrushchev.

In a country where so often deify Stalin, the current perception of Khrushchev as a hero was very touching. People were carrying posters with his colourful quotes: “I’ll show you gruel, restorers fucking”.

The purpose of Khrushchev was to strengthen private life. During the time of Stalin was the norm, when 30 people shared a room, bathroom and kitchen in one apartment. With the reform of the 1950-ies of the family freed from the communal life: they not only received personal kitchens and bathrooms. They were able to live without fear that their conversations in their own homes will be overheard and communicated to the KGB.

Khrushchev hoped that these modest buildings will serve the people until the 1980s when he predicted that an era of real proletarian luxury. But, contrary to expectations, communism collapsed, and Khrushchev left, patiently surviving the Russian winter, both political and meteorological.

In fact, Khrushchev became a symbol of a freer Russia for half a century. Some of them, of course, dilapidated and need replacement. Some require simple updates.

But the Kremlin has its own plans. Khrushchev occupy hundreds of square meters of valuable urban land property, which may be beneficial to the state and its functionaries, if it is to build hotels and business centers. 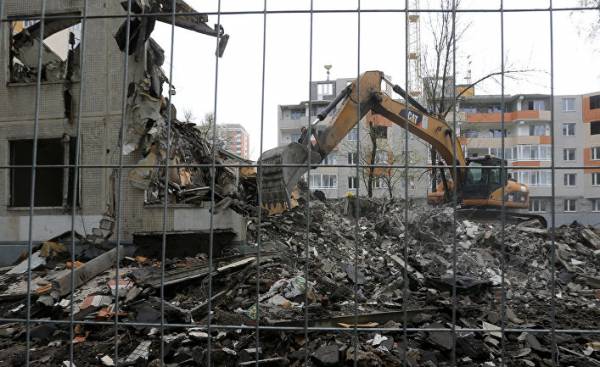 The current attempts by the Russians to protect private property similar to the protests the beginning of this decade. While the political opposition was weak and blurry, but there were many public initiatives, pursuing non-political goals, which led to confrontation with the Kremlin imposed order.

From motorists to volunteer environmentalists- the opposition group that time seemed narrow. But they proved that individuals can attract the attention of successful politicians. And their struggle with a particular state policy led to massive political protests against Putin’s return to the presidency in 2012.

To counter growing resistance, Putin turned to Patriotic nationalism that reached apotheosis with the annexation of Crimea in 2014. It seemed that this approach works. The protests are gone, because their leaders have been tainted and discredited, they were silenced. One of the protest leaders, Boris Nemtsov, was murdered in 2015. Garry Kasparov, chess grandmaster, became a dissident and went into exile. Alexei Navalny, a lawyer, a fighter against corruption and the most famous of the remaining opposition leaders, faced with everything from fake trials before the “patriots”, spraying him with toxic chemicals.

But even before the protests over the demolition of Khrushchev were visible signs that dissent in Russia is not crushed to the end. In March, tens of thousands of mostly young people headed by Navalny took to the streets in protest against the alleged innumerable (and undeserved) wealth, Dmitry Medvedev, former President and current Prime Minister. Putin, being corrupt, remains popular and powerful. But who is Medvedev, to accumulate wealth at the expense of the people?

Of course, the purpose of the March protests (like the recent demonstrations) because of the Khrushchev was not to overthrow the regime. Rather, the people wanted to be heard. And both waves of protest did not go unnoticed by the Kremlin.

The Russian authorities have, for centuries, made eternally obedient Russians somewhere to move — from villages to the city, back to the village, to the Gulag, Khrushchev suddenly rushed to defend the rights and guarantees of the residents of Khrushchev. Even the Ministry of justice now speaks on behalf of the citizens.

But people still not satisfied. Another protest March is scheduled for late may. And with the participation of political parties and human rights organizations, it promises to be even bigger than previous.

Putin now has two options: to suppress dissent, as he did before 2012, and put your downloads on another military campaign — for example, the seizure of Kiev — or to give people what they want by agreeing on a plan for the destruction of Khrushchev began to respect the right of ownership. Putin hopes that the presidential election next year will be calmer than in 2012. So this time better to listen to people. In the end, it’s cheaper than war.