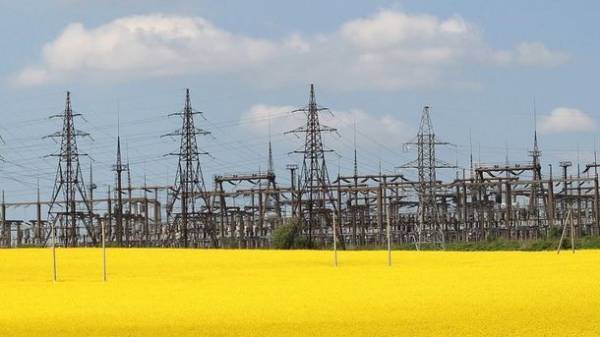 The law on the electricity market will allow to create in Ukraine a competitive model of the energy market. This was stated by Director of energy programs of the Center for world economy and international relations, Valentin Zemlyansky.

“This, of course, the progressive solution, as a basic thing, which will allow it to form a new market model. But the point is that the laws are good, but as always, problems may arise with their implementation”, – said the expert.

According to him, the reform of the energy market in its significance for Ukraine can be compared with visa-free regime. However, that still need to do some serious work.

“Today, too optimistic to call change legislation European energy bezveza. For it to occur, it is necessary to spend a lot of institutional and structural solutions to date simply do not exist. You need to undertake preparatory work and to take a lot of bylaws for implementation of this law, as it was under the reform of the gas market, the relevant network and retail codes. Must technically ensure the transition is and software, and construction of the inserts in order to be able to synchronize with the European market. Those are the things that need to be done, so we can say that we came prosperity. That success is still very far away. And I don’t think that the adoption of the law in an instant will make Ukrainian energy sector in rivers of milk and honey”, – said Valentin Zemlyansky.

The expert said that a major obstacle to the transition to the new model of energy market is the economic situation in the country.

“For any reform, not only of electricity, require a strong economic base, and the economy is stagnating and coming out is not going to. Ultimately, the reforms should lead to increased cash flow, which, under the new rules, can be spent on upgrades. The question is, where did we get this cash flow. To take we can only from the market. And if the insolvent consumers when the industrial sector reduces the consumption of electricity, and private – solvency problems, it becomes very sad,” concluded Valentin Zemlyansky.

Recall that on 8 June the President of Ukraine Petro Poroshenko has signed the Law “On electricity market”. Signature on the appropriate document, the head of state gave during a visit to Tripoli TPP, Ukrainka, Kyiv region.

As reported, the Law “On electricity market” provides for the introduction of new market model that includes a number of segments: bilateral contracts market, the market “day ahead”, vnutricletocny market, balancing market and ancillary services market. In the implementation of the act provides for a two-year transition period.