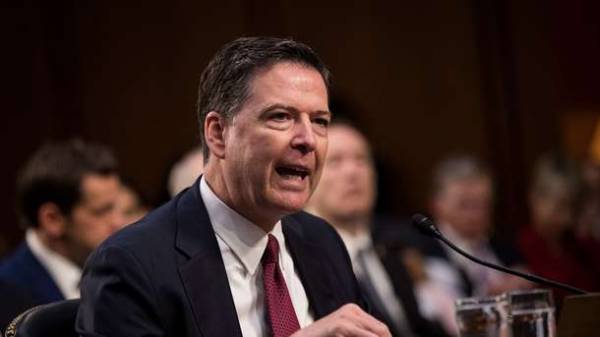 Dismissed by the President of the United States Donald trump as head of the FBI, James Comey did not answer on Thursday in the Senate on the question of whether he believed that there was collusion between the head of state and Russia.

Komi said that he could not talk about such topics at public hearings.

“I think the investigation (spectracolor Robert Muller – ed.) will give the answer to this question”, – he added.

Poroshenko satisfied with the situation at the enterprises of defense industry