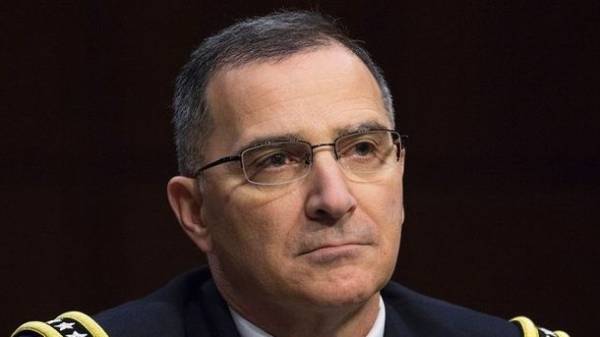 Ukraine is fighting a very deadly and tough opponent and the United States should consider the possibility of providing Kiev lethal defensive weapons, said the head of the European command of US Armed forces and commander in chief of the United NATO forces in Europe, General Curtis Scaparrotti.

“I personally think we should consider the possibility of supplying them with lethal defensive weapons. They fight with a very deadly and tough opponent. Are proteges of Russia, and Russia provides some of the latest equipment,” – he said Tuesday during hearings in the house of representatives of the Congress of the United States.

The General said, “we must, in my opinion, to help the weapons for the defense of Ukraine”.

He also praised the success of the army of Ukraine.

“I am impressed by their military discipline”, said Scaparotti. According to the General, “the Ukrainian military forces are learning and becoming better.”