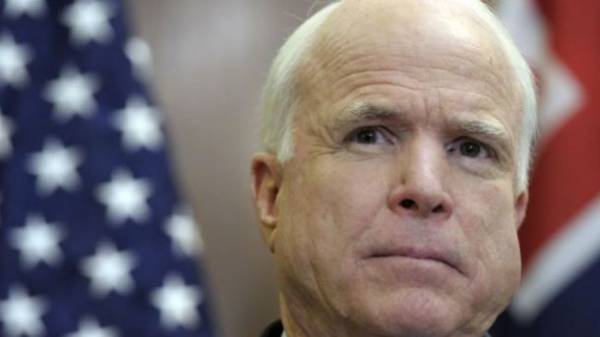 US Senator John McCain insists on imposing tough sanctions against Russia for interference in the American presidential election. It quoted the “Voice of America”.

“It’s time for Russia to pay the price for a brazen attack on our elections. That is why we must act now by adopting the proposed amendment (legislation, Senate) that would impose tough sanctions against Russia”, – quotes McCain edition.

The Senator stressed that there is no time to delay in making appropriate changes.

Previously portal , The Intercept, citing a secret report of the national security Agency (NSA) said that the Russian military intelligence carried out a cyber attack on at least one vendor of the software (SOFTWARE) used for voting in the United States, says.