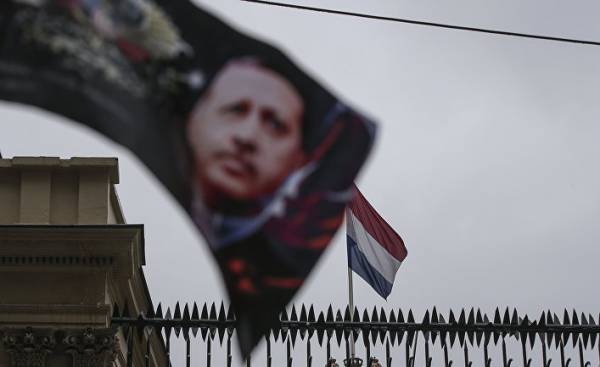 Mustafa Kemal, known as atatürk (Mustafa Kemal Atatürk), the “Father of Turkish people” in 1921, he created a democratic parliamentary Republic in posthomously Turkey. After almost 100 years of Recep Tayyip Erdogan (Recep Tayyip Talks), who considers himself the reincarnation of Ataturk, the Republic is trying to destroy.

On Sunday, there was initiated by Erdogan referendum. The expense of 51.4: 48.6 in favor of Erdogan.

I personally impressed with the results! Think of summer in the power operating in Turkey, strangling, and puts the repressive machine. The country has a regime of emergency. Tens of thousands of opponents of Erdogan in prison, hundreds of thousands are dismissed and are under the gun, any dissident is immediately considered an enemy of the people — and half of the country voted against Erdogan! I am in awe of the courage of the Turks!

By the way, “German Turkey”, unfortunately, was closer to Erdogan than his homeland: 63% living in Germany turizmovedeniya voted for the transfer of authority to the President. However, the turnout in Germany was much lower than the “at home” — of the 1.4 million voter to the polls got only about 700,000.

While the Turks of Russia and the USA, for example, rejected Erdogan’s plan at a ratio of 78:22.

Yes, the referendum was a humiliating slap in the face to our integration policy towards Turkish citizens. Germany in the Turkish aspect — remote village.

Because the General statistics shows that in Turkey, with a slight margin he won the referendum that village, shawls and beards by a few percent (we omit the possible and predictable cheating) defeated European Turkey: big cities, Istanbul, Ankara, clearly voted against it.

And Erdogan has today launches the second referendum: it is not enough for unlimited power and two new terms, now he needs the death penalty. Oh what the Sultan without the death penalty? It’s like Pharaoh pyramid…

But it seems to me that this is a temporary victory, as the freeze in April. European, secular Turkey, which is half of the country, not to destroy even Erdogan.

Besides, having absorbed the powers of the Prime Minister, the Parliament, the commander and even the Highest legal Council, the President has become too vulnerable to a potential coup. This is because last summer, shifting to Erdogan, the military would be bound to agree with the Prime Minister and Parliament, and the Supreme Council of judges and prosecutors. After the referendum all their most important function will receive the President Erdogan. Or the one that the people in uniform — in theory — will be able to put in his place…

After all, the Turkish military traditionally correcting the course of government. Since 1960 happened in the country five such adjustments, sixth last year, were unsuccessful. Rather, it was the result of what is happening now in the more recently brotherly country of Germany.