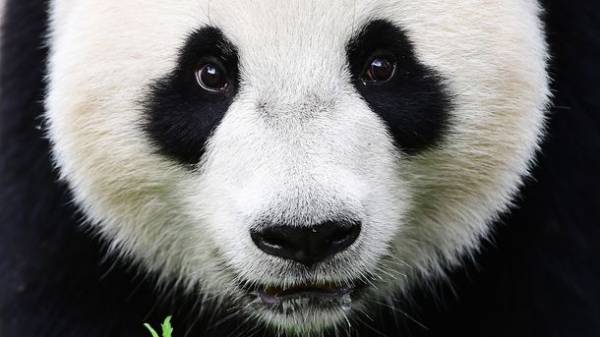 In the research center of giant pandas in Chengdu in China’s Sichuan province at the age of 34 years died one of the oldest pandas in the world, a female named SUSU. In the human equivalent of the animal’s age exceeded 100 years.

The reason for the death of SUSU was the failure of internal organs. From may 2017 at the pandas was marked by lack of appetite and the fall in activity, reports “Xinhua”.

Read also: In China, the Panda ambushed and ate a goat

In recent years, SUSU has suffered from high blood pressure, liver disorders and heart problems and was treated at the vets.

Panda found in the wild without eyes in 1986 and placed in the nursery, where she lived since. She left quite a large number of descendants. So, a family of five descended from SUSU Panda lives in a zoo in Japan.

Giant Panda in China, and is under the protection of the state. In natural conditions, mainly bamboo forests in the mountainous areas of Sichuan, Gansu and Shaanxi, lives about 1800 of these animals. A few hundred pandas contains in nurseries and zoos around the world.