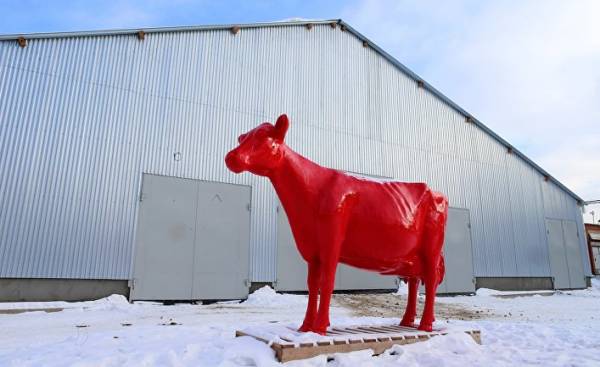 When the EU high representative for foreign Affairs and security policy Federica Mogherini (Federica Mogherini) yesterday was his first visit to Moscow, although she claimed that the sanctions imposed by the EU in response to Russian intervention in Ukraine in 2014. However, a clear picture of how the sanctions worked, she has not received.

It is in Russia just as has recently become evident. From the official point of view that the sanctions did not cause the country any harm, even more strengthened the economy, and the recession of the past two years was almost solely the fault of falling oil prices, last week agreed former Finance Minister Alexei Kudrin. He, who is the head of the Kremlin Vladimir Putin highly appreciates and enjoys some kind of imaginary freedom, he said, along with the fall in oil prices and “very painful” effect of sanctions. “They have mainly a negative impact on our market.” Last year, Kudrin received from Putin to task for what he suggested for increase in GDP to reduce geopolitical tensions.

Experts unanimously believe that sanctions have only strengthened the negative effect of the fall in oil prices since mid-2014. How these sanctions were imposed — to the detriment of trade and financing for Putin’s closest associates, a ban on the export of goods of new applications and technologies for extraction in remote oil fields — they touched exactly 10% of the Russian economy, said Andrei Movchan, Director of the Economic policy program of the Carnegie Moscow Center. The world Bank estimates that sanctions cost the GDP about half of one percent growth.

Of course, the limited access of Russian companies to Western capital markets painful and constricts the business space now, when there is easy growth. But the depreciation of the ruble caused by falling oil prices and is also motivated by geopolitics — the outflow of capital, led to higher prices of imports. In the agricultural sector, he even fell, because Russia as a response to the sanctions announced an embargo on imports.

It has benefited Russian agriculture, which has long been abandoned. Consumers were forced to switch to domestic products. The Russian agricultural products in the years of recession in 2015 and 2016 rose 2.6%, respectively, or 4.8%. Pork and poultry meat in Russia began to provide themselves with full grain it has become the largest exporter. In greenhouse horticulture, the growth amounted to 30%. The state massively supports this sector. Individuals are investing billions.

It is not without collateral damage for its own population. The quality of their own products behind itself from the West, while the shortage has led to a significant increase in prices. As is always the case when sanctions and trade restrictions, says teaching in the Chicago Russian economist Konstantin Sonin: they lower the welfare of the people, without causing harm to the regime.

Mode really is not going to change its geopolitics. Yes, the standard of living and real wages decrease year after year. GDP per capita fell to the level of 2007. But Putin subtly twisted. Moreover, says Movchan: on the basis of the sanctions he can shift the blame for the economic crisis in the West. It should be added that the establishment was risky to have wealth abroad, giving Putin the opportunity to increase control over their people.

For this they are generously compensated partially. On the development of the Russian equivalents of Western products — software, civil aircraft are allocated to support billions: “Gennady Timchenko, another old friend of Putin, monopolized the trade of salmon has raised prices more than 200% and thus turned his chronically scarce fish venture into a highly profitable business”.

In Russia, many benefiting from sanctions. It is remarkable that as many as ten entrepreneurs from the agricultural sector was in the Forbes list of 200 richest Russians.

In material terms clearly lost only the West. According to the end of 2016 Austrian economic research Institute, the decline in exports to Russia in 2015 in the EU amounted to gross value added of approximately EUR 40 billion and affected approximately 900.000 labor relations. Of these, 44% are due to sanctions, and the balance due to the bad economic situation in Russia, and also due to currency depreciation. For Austria, the damage amounted to 1.5 billion euros and raised 20.000 labor relations. 36% fall of the Austrian exports sanctions.