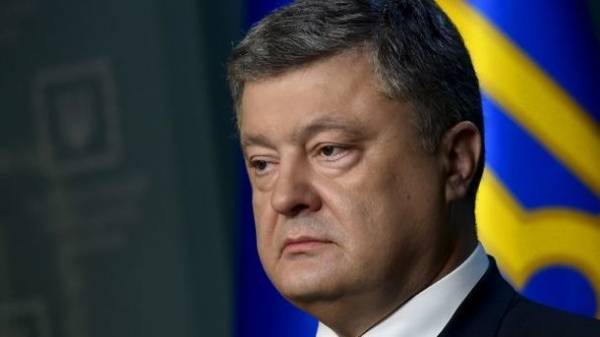 The President of Ukraine Petro Poroshenko has signed a law that sets a mandatory share of Ukrainian-language content on TV in the amount of 75% of the total.

“Thanks to the media for suggestions about the introduction of quotas and the return of the Ukrainian language in the Ukrainian media. It is their initiative and proposals that I supported. The deputies have worked, and I had great pleasure and great honor to sign the law,” Poroshenko wrote in his Facebook page on Tuesday evening.

According to the President, this decision of the Ukrainian language became protected in Ukraine. “Nobody is against television sounded other languages, but it is unacceptable that the share of Ukrainian language on any Ukrainian channel was 15, 20, 25%”, – said Poroshenko.

As reported, the Verkhovna Rada of Ukraine on 23 may adopted on second reading and in whole draft law that sets a mandatory share of Ukrainian-language content on television in the amount of 75% of the total.

Bill No. 5313 on amendments to some laws on language of audiovisual (electronic) mass media provides that in the weekly volume of radio and TV broadcasting the national or regional categories of broadcast programs and films in the state language must be at least 75% in each time period between 7:00 and 18:00 and between 18:00 and 22:00. Local broadcasters for the broadcast category – 60% of TV programs and films in the state language in the same time intervals.

The law amends the laws “On television and radio broadcasting”, “On culture” and “On principles of state language policy”. The law also establishes sanctions for thereorganization for violation of its provisions – a penalty of 5% of the total amount of the license fee. The law will enter into force four months from the date of its publication.

On 23 may, the head of the parliamentary Committee on freedom of speech and information policy Victoria syumar explained that made in Ukraine Russian television product will be for one year and 4 months to be counted in the quota for Ukrainian TV channels.

“The law (of quotas on Ukrainian television. – Ed.) after the signing will take effect in 4 months. But during the year made in Ukraine program may be counted in the quota, even if they are in Russian, so TV could go into the Ukrainian language,” she said.

The politician stressed that it is not a Russian product, but only of made in Ukraine Russian-speaking content. In addition, according to her, the law stipulates that all films in a foreign language in Ukraine needs to be duplicated or dubbed in the state language, except for the Soviet films. Thus, these films will be translated into the Ukrainian language, but they will not be counted in the quota for Ukrainian-language TV channels.