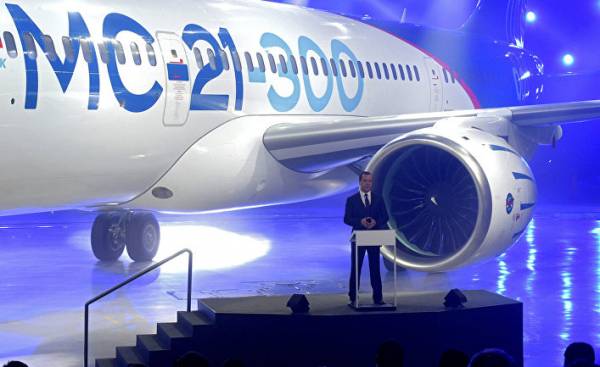 The Russian company “Irkut” has introduced a new passenger aircraft, which, as many believe, will become a competitor to such giants in the field of civil aviation, as Airbus and Boeing. The first test flight of the new airliner was successful. It is expected that in 2020 it will begin to regularly supply the world market.

Dmitry Rogozin, Deputy Chairman of the government of the Russian Federation, may 28, posted on his page in Facebook photos depicting the latest product of the company “Irkut” during the flight, the radio station Deutsche Welle.

This Russian company intends with its new airliner MS-21 to compete with Boeing and Airbus — two models of civilian aircraft designed for medium-range flights.

New Russian airliner with a range of 6 thousand kilometers and a capacity really comparable to such recognized leaders of world civil aircraft, as Boeing-737 and Airbus A-320. They were developed by European and American companies and are the most sold at the moment in the world models of passenger aircraft.

As reports the Russian news Agency “Sputnik”, the company “Irkut” intends to 2020 to deliver annually to the world market 20 new passenger Airliners and over the next decade to increase production capacity to 70 aircraft per year.

Corporation “Irkut” also has informed that Vladimir Putin in a telephone conversation with the head of the Corporation Oleg Demchenko called successful tests have been conducted on MC-21 “a landmark event”.

According to the statements of a Russian company, a new passenger liner, which was first unveiled to the public last summer, made its trial flight. He flew 30 minutes with a speed of 300 kilometers per hour at an altitude of about 1000 meters.

However, experts believe that the statements about the possibility of a new Russian passenger airliner to compete with similar models from American and European manufacturers is exaggerated. After all, even the most optimistic projections the manufacturer of the MC-21 will be able to reach the level of production of 70 units annually in the next 13 years. A Boeing-737, which was released to the world market some decades ago, now comes the largest airlines in the world, more than 5 thousand units per year.

About a month ago, news websites and news agencies reported about the first flight of a passenger airliner production of the Chinese Corporation of Commercial Aircraft. It is also called a possible competitor to the Boeing-737 and Airbus-320. According to reports from news Agency Reuters, the first test flight of the Chinese passenger airliner the C-919 was to be held in 2016, but it was repeatedly postponed due to technical problems. 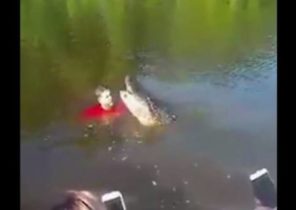