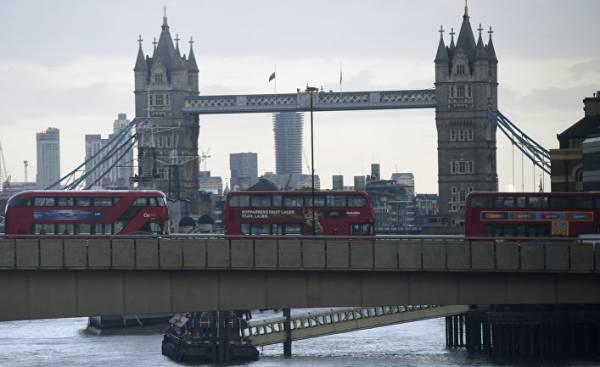 On Saturday night terrorists struck new blow to the British capital. At least seven people died and dozens were hospitalized after the car crashed into passers-by on London bridge, and then massacred at a nearby market, which is full of restaurants, bars and tourists. The police arrived eight minutes after receiving the first alarm signal and shot the attackers.

According to the authorities, this incident is classified as a terrorist attack, according to eyewitnesses, the attackers were Muslims. This is the third in three months deadly attack by Islamic terrorists, carried out on British soil.

After these tragic events followed a very familiar wave of condemnations and appeals for calm made by British politicians. And was President of the trump.

Spending the weekend on the Golf course (16th time during your term), trump initially posted a message right edition of the Drudge Report on the number of dead and injured, making this even before the British authorities confirmed the details of the incident. And on Saturday evening and on Sunday morning he wrote a series of attention-and someone caused the rage tweets.

@realDonaldTrump
We need to be smart, vigilant and tough. We need the courts give us back our rights. We need a ban on entry to create an additional level of security!
4.6.2017

We must stop being politically correct and get down to the business of security for our people. If we don’t get smart it will only get worse

@realDonaldTrump
We must stop this political correctness and to ensure the safety of our people. If we don’t act clever, the situation will only worsen.
4.6.2017

At least 7 dead and 48 wounded in terror attack and Mayor of London says there is “no reason to be alarmed!”

@realDonaldTrump
At least 7 killed and 48 wounded in the attack, and the mayor of London said: “there is No cause for alarm!”
4.6.2017

Do you notice we are not having a gun debate right now? That’s because they used knives and a truck!

@realDonaldTrump
Have you noticed that we do not have a debate about guns? This is because they have used knives and a truck!
4.6.2017

1) not Even bothering to Express condolences, trump has used the deaths of people in London to justify its controversial ban on the entry of Muslims from a number of countries with a Muslim majority. Federal courts blocked two version of the presidential decree of trump, which came in for severe criticism from experts on anti-terrorism. These experts believe that the ban in no way would lessen the threat of internal origin, and at the same time, threat will hang the badge of shame for the entire Muslim community in the country. At best, it is reprehensible to raise the issue of prohibition, when the closest ally of America in the entire history continues to count the dead.

2) trump again saddled his favorite horse of political correctness. His peculiar popularity increased it due to the fact that you talked about American society is supposedly the truth uncovered (or racist lie), claiming that people are tired of liberal courtesy. When trump and his associates says that it is necessary to act intelligently, this is a covered allusion to the more stringent signal: Muslims is a problem and we should be aware of this threat. Curiously, trump never said such harsh words when last month visited Saudi Arabia.

(British Prime Minister Theresa may in her statement said: “In our country, too much tolerance towards extremism.” However, it is not clear what steps may in the circumstances be taken may, which for six years worked as the Minister of internal Affairs. Her critics, including labour leader Jeremy Corbin, indicate the close ties between the British government and the Saudis and the Gulf countries, which, according to them, “Finance and incite extremist ideology.”)

3) trump resumed his quarrel with the mayor of London, Sadiq Khan, who is a Muslim. In this case, he distorted the statement of Khan, in which the mayor urges residents not to worry because deployment on the streets for more police forces, and somehow suggested that the Khan does not take this attack lightly.

4) And finally, trump tried a strange way to score points in the issue of weapons in the hands of citizens, but missed. If British gun laws were as soft as in the US, it is scary to imagine how terrible would be the Saturday terrorist attack. Moreover, trump’s words seem very strange, when you consider that it took him several days to respond to terrorism with a stabbing in the Portland train where supported by the trump white nationalist, stabbed two men.

“A normal President very carefully and cautiously would react to a terrorist attack on London bridge, calling on people to remain calm, demanding carefully to understand the facts and calling upon the better feelings of the population,” wrote the Bureau chief of The Washington Post at the White house Philip Rucker (Philip Rucker). However, the trump, he said, “very impulsive reacted to Saturday’s massacre, sowing fear and panic, indelicate comment on the details of this incident and using it to defend one of the most ambiguous and controversial of his plans, and to continue personal quarrels.”

We are all shocked and angry today — but this is our city. We will never let these cowards win and we will never be cowed by terrorism. pic.twitter.com/kcosumkdCR

Sadiq Khan
@SadiqKhan
We’re all shocked and outraged — but this is our city. We will never give up these cowards win. Terrorism never to be intimidated.
4.6.2017

The American Embassy in London, praised Khan in several tweets and press Secretary of the mayor made disparaging comments about the review of the trump, saying that Khan has “better things to do than answers to the tweets of Donald trump, who is poorly informed and especially pulling out the statements of the mayor of context”.

I commend the strong leadership of the @MayorofLondon as he leads the city forward after this heinous attack. – LLukens 3/3 https://t.co/p4dDZuCpyO

The American Embassy in London
@USAinUK
We commend the work of the mayor of London, which firmly directs the city after that vicious attack.
4.6.2017

“This is typical of the trump — impulsive and cruel statements without an ounce of decency and human sympathy, wrote the Washington Post commentator Jennifer Rubin (Jennifer Rubin) in his scathing article criticizing the President. — His behavior we are not surprised, but it should offend and disturb us. First, because he remains the face and voice of America worldwide, and secondly, because his supporters are loud shout, saying that these statements don’t mean anything, and the behavior of the President is quite acceptable.”

The second argument of Rubin — that there are people that support alarmist statements trump — are even more worrying, if you think about real conversations on the topic of mass deportations and camps for Muslims, which lead some right-wingers in Britain and the United States. Long before the election, trump’s experts on extremism feared that his policies will be on the hands of the jihadists. Today we are closer to see how these people are right.

But the true meaning of the messages trump is another. They show that the American President with his statements completely contradicts the sentiment of the British people after the terrorist attack. The British demonstrated the unity, determination and sense of humor.

Jennifer Hassan
@GuinnessKebab
Seen at the metro station Walthamstow this morning.
4.6.2017
(The inscription on the picture: the London bridge will never fall. You can’t break our spirit!)

In this tragedy they saw a funny side. Across the Internet the picture of a man running from the scene of the attack with a full mug of beer in hand.

People fleeing #LondonBridge but the bloke on the right isn’t spilling a drop. God Bless the Brits! pic.twitter.com/ceeaH0XxeX

Howard Manella
@hmannella
People run away from London bridge, and the guy on the right didn’t spill a drop. God bless the British!
4.6.2017

And yet they were strong and full of optimism concert in Manchester, where he played American pop star Ariana Grande performed a few weeks later after her concert, a bomb blew up a suicide bomber. His determination and compassion she demonstrated a sharp contrast with the American President, who wrote fearful tweets from home.

Ann Erlbaum
@anneapplebaum
It is now clear that Ariana Grande better cope with the effects of terrorism than the American President.
5.6.2017 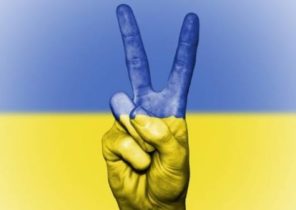