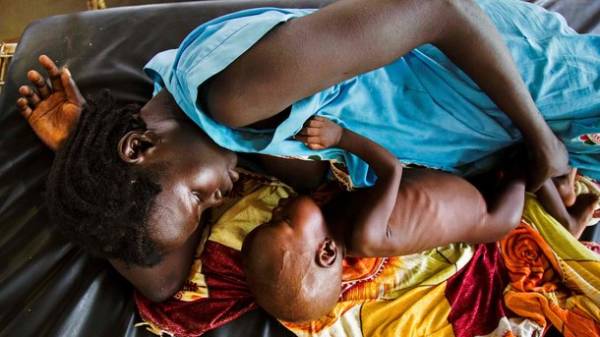 The United Nations declared famine in several areas of southern Sudan. According to the world food programme of the UN, nearly 100 thousand people in the country could die in the near future, if the country will not be a sufficient amount of humanitarian aid.

About one million South Sudanese are on the brink of starvation: of them, according to UNICEF, more than 250 thousand children. Just from malnutrition in South Sudan suffers 40% of the population – 4.9 million people.

UN for the first time in six years, announces a situation of mass starvation. The announcement of famine in a particular country or region can be done if at least 20% of households suffer from severe malnutrition and could not able to solve this problem. Or if 30% of the population suffer from severe malnutrition and dies of hunger at least two people for every 10 thousand population.

The most difficult food situation created in the province of Wahda (unity) in the North of the country. As emphasized by the representatives of the world food programme of the United Nations, despite the efforts of humanitarian organizations, food supply to South Sudan, is not enough to help all the starving people in the most affected regions.

South Sudan declared independence in 2011. In 1998, when the country was still struggling for independence from Sudan, famine on the territory of modern South Sudan has died, according to various estimates, from 70 to several hundred thousand inhabitants.

We will remind, in August, the government of South Sudan refused to accept UN peacekeepers.