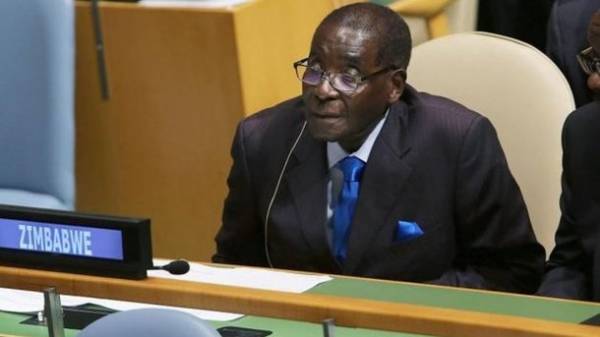 The President of Zimbabwe 93-year-old Robert Gabriel Mugabe joined in the fight for the presidency in the General elections scheduled for 2018. On Friday he participated in a rally of the ruling party the “African national Union of Zimbabwe -Patriotic front” /ZANU-PF/ in the province of Mashonaland East, Xinhua reported.

“At the meeting the President urged all party members to overcome their differences and join forces to ensure victory of the party in the General election of 2018”, – stated in the message.

Mugabe also expressed dissatisfaction with the fact that many farms in the province of Mashonaland East belong to the white population, and declared that it would promote the return of these lands to give them to black people.

Robert Gabriel Mugabe was born February 21, 1924. In 1980 after the independence of Zimbabwe, he came to the post of Prime Minister. In 1987, he changed the political system of the country and became President, then was re-elected and remains in office. The current presidential term expires in 2018. In December last year, ZANU-PF has put forward his candidacy for President.