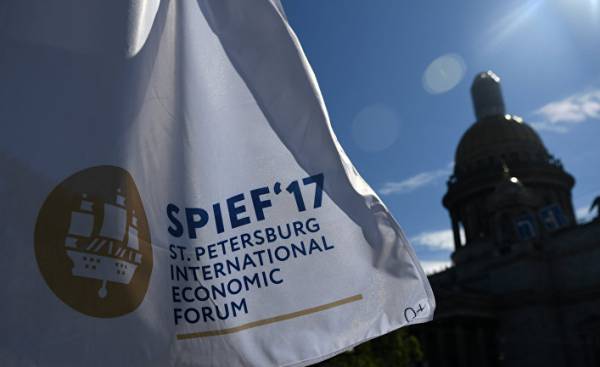 If the Russian organizing something, I do it in a big way. In the case of the International economic forum “Russian Davos”, which begins Thursday in St. Petersburg, this manifested itself last Friday.

Over 400 Mercedes hampered in the second half of the day, traffic on the highway to the airport, because the official drivers at the forum, held the last training session. Local residents were warned in advance, they were asked to be patient and to choose other routes. Residents have been very understanding. Still, the forum is the largest event in the hometown of Vladimir Putin, and, in the 20th year of its existence, it is more important than ever. Over 5 thousand participants. The main program covers 108 economic activities — 50% more than last year. The event budget is a record 32 million euros. 39 Ministers from 26 countries were informed about his upcoming visit, as well as more than 250 heads of major foreign corporations and more than 700 heads of Russian enterprises.

It’s almost reminiscent of the best times of the economic boom of the past, when the world still stood in line behind a fat piece of the Russian pie. You can almost forget that Russia because of its aggressive foreign policy and internal political manipulation was in economic isolation, which was reinforced by Western sanctions.

After three years of these sanctions, even the Europeans are back on the forum in Saint-Petersburg. And from Germany not least. The Minister of foreign Affairs Sigmar Gabriel will arrive on Friday. The Prime Minister of Bavaria Horst Seehofer (Horst Seehofer) confirmed his participation last week. And the Austrian Chancellor Christian Kern (Christian Kern) Putin even invited to a plenary meeting with the Prime Minister of India Narendra modi (Narendra Modi). This is another shot in the direction of the EU, because Austria during the discussion of sanctions never supported. In the previous two years, Putin invited Greek and Italian Prime Ministers, to drive a wedge in the EU.

Siemens will be presented by the Chairman of the Board Joe KAESER (Joe Kaeser) and another member of the Board. Chapter Uniper and Wintershall will also be as members of the management Board of Deutsche Bank, SAP and BASF. The Chairman of the Eastern Committee of German economy, Wolfgang Buchele (Wolfgang Büchele) — too. Among the Swiss and French companies — a similar pattern, as well as among oil companies. “The situation has been discharged,” said Michael harms (Michael Harms), head of the Eastern Committee. Last year, Berlin asked the companies to respond with restraint, says another German Director. “This year, no such instructions were.” As the “Russian Davos” is considered an indicator of Russia’s economic relationship to the world in General and, in particular, to Europe, there are signs of cautious easing of tension.

After all, the head of the Central Bank Elvira Nabiullina recently expressed the bitter truth that the time of high demand for raw materials due to which Russia has lived for all these years, came to an end. Among economists is no longer a secret that Russia should create an attractive investment model of growth, which is necessary for the more notable successes in the area of business environment and introducing modern technology. It has long been know in the economically liberal wing of the Russian establishment.

At least in the choice of topics for the St. Petersburg economic forum this realization becomes all the more obvious. “Forum devoted mainly to such current trends as digitalization, climate change and mobility, says Rainer Lindner (Rainer Lindner), years participating in forum Board member, Eastern European and middle Eastern branch of Schaeffler company. — It allows to make a conclusion that in Russia there is great interest in technology transfer — regardless of the sanctions and the suffering of import substitution”.

It seems that Putin realizes that to modern technology it is possible only through cooperation with the West. As the pressure increases, especially considering that in the beginning of 2018 there will be presidential elections. Real incomes of Russians fell to the level of the financial crisis in 2009, according to the Bank. For the past five years, Putin can no longer offer its people a welfare in exchange for political non-interference. 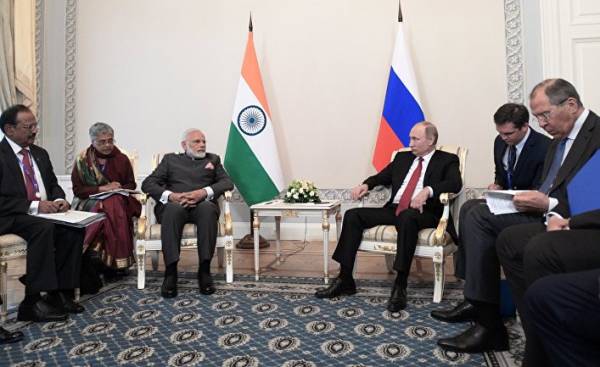 All of this wouldn’t be so bad, but Putin’s power structure is now under threat is much greater danger, wrote in these days well-known Russian political scientist Lilia Shevtsova. Important for the internal policy of great power status, which is based on his rule, swayed, because flirting with US President Donald trump has failed and now even China — among other things, the silk road project began to more clearly formulate their own geopolitical ambitions. For Russia, this means a geopolitical drop to the second League. “Today in the Kremlin must, it is painful to reflect, how and what, how and with whom to cheat cloud statehood”, — said Shvetsova.

Economic forum in St. Petersburg gives at the economic level, the idea of how the Kremlin is looking for these new alliances. Chinese partners, which recently pointedly turned to soon to learn the limits of the possible, this year no longer play an important role in the forum.

Instead, it demonstrates the proximity to India. In addition, Switzerland, Japan, Italy, Serbia, and Africa got its own panel. Among them also Germany, which still “is a desirable partner in modernization, but since the beginning of the crisis in Ukraine has ceased to be number one,” as the representative of the German economy. The forum in St. Petersburg, Russia does not define clearly what economic priorities.

Attempt to economically cooperate with different countries from all parts of the world looks as a manifestation of uncertainty.

How to behave with people with disabilities, so as not to offend and to help when needed