SAINT PETERSBURG — as for attracting attention of a personal duel between Barack Obama and Vladimir Putin, the battle is almost over. Obama’s last swing against Putin — a man he clearly despises — was most likely empty hot air. Obama’s decision on the expulsion of Russian diplomats 35 due to the fact that US intelligence agencies claim that Russia has implemented in the fall of a hacker attack on the computers of the Democratic party, can be quickly neutralized by his successor Donald trump. Because the trump, which we know embodies all that is not Obama. Trump has made no secret nor that admires Putin, none of that skeptical attitude to the policy of sanctions against Russia. Besides, he said not really believe in the story about the Russian hacking.

It’s not like Putin will respond symmetrically to the question of expulsion, he’d rather wait before joining a new President in office on January 20th. Then the new broom still sweep Obama into history — as the former President. Obama’s attempt to link a trump to hand and foot by the continuation of the us policy of sanctions than is the 35 expulsion of Russian diplomats is likely to be purely symbolic. He wants to show the world what the world ought to be. But what the world is not.

And now, when Obama’s time has already expired, it is possible to bring some math in regard to his relationship to Russia and Vladimir Putin. When Obama was elected US President in 2008, the Russian President was Dmitry Medvedev, while Putin temporarily played the role of the Prime Minister. But in March 2012, Putin returned to the presidency, and a period of challenges for the American and Western political authority began in earnest.

Challenging American power, Putin was guided by political motives. He needed to restore credibility after thousands of protesters against rigged elections in December 2011. He has brought Russia around the image of the enemy, charged Obama Secretary of state Hillary Clinton in demonstrations in Moscow and said that the US yearn for a “color revolution” in Russia. Began active confrontation with the United States — it was the ideology, and politics.

The first battle in the war between Putin and Obama took place in Syria since 2013, after President Bashar al-Assad crossed Obama’s “red line” by using chemical weapons against the population of their own country. Putin did not hesitate to intervene and saved Assad from U.S. bombs, forcing Syria to dismantle its chemical weapons stockpiles. The Treaty was a diplomatic triumph for Putin and a lifeline for Obama who did not want to get involved in the conflict in Syria even deeper by bombing Assad. It is possible that he later regretted it. 1: 0 in favor of Putin.

Over time, the center of gravity in the confrontation between the US and Russia moved on Ukraine, where Putin annexed the Crimea and supported the Pro-Russian rebels in the East of the country. In the summer of 2014 U.S. and EU imposed against Russia sanctions and Russia responded with their own counter-sanctions, which is as much caused damage and the EU. Putin took control of Crimea and the rebellion in Eastern Ukraine — and thus became a “steer” in the game about the future of Ukraine. Low oil prices are still much worse for the poor state of the Russian economy than sanctions. 2: 0 in favor of Putin.

In September last year, Russia took part in the hostilities in Syria on the side of Assad. It turned the tide of the war, in early December, Assad took control of Aleppo, it was a real triumph. 3: 0 in favor of Putin. He’s already avenged that Obama in 2013, said of Putin as a “school bully”, saying that he reminds him of “the boy who was bored in class on the “Kamchatka”. Remark Obama brought Putin into a rage.

On Thursday it became clear that Russia has managed to make Turkey a partner to the truce, aimed at achieving a political solution in Syria. Together with Iran, the two countries engaged in diplomacy, which completely pushed the United States in Syria on the backburner. Putin scored a diplomatic super goal, humiliating Obama that Turkey, the country is a NATO member, chose Russia as a partner that looks like realistic — that does not necessarily mean a fair — attempt at peace. 4: 0 in favor of Putin.

However, the main triumph of Putin is the election of Donald trump the next President of the United States. We may never know whether Putin influenced the outcome of the elections in the United States. But the attempt of Democrats to use “Putin’s card” in the American election campaign – gluing trump Putin — were not successful. And Putin’s favorite, became President. 5: 0 in favor of Putin.

And on Friday Putin held a stunning trick against Obama: he did not expel American diplomats in response to the expulsion of Obama senior diplomats, but instead invited children of American diplomats on the Christmas tree in the Kremlin. Putin rejected Obama’s Declaration of war, calling it a manifestation of “kitchen diplomacy” lowest class. Trump was not slow to react — Twitter, of course — saying that he always knew that Putin is smart. So Obama “swept” both Putin and trump, and Putin again elegantly directed goal. 6: 0 in favor of Putin.

And in three weeks will start a new calendar. 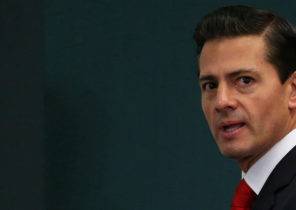