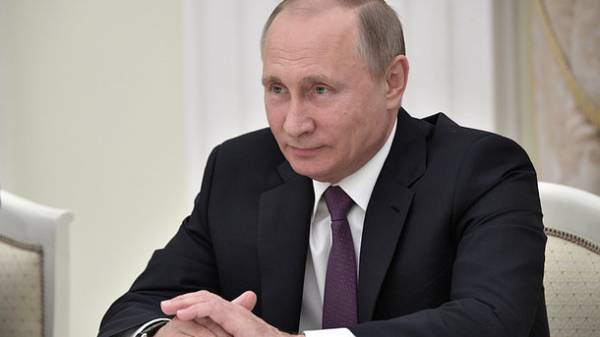 The US and its NATO partners are a short-sighted policy, focusing on military buildup and expansion of the Alliance. This opinion was expressed by Russian President Vladimir Putin in an interview with the newspaper Le Figaro, quoted by TASS.

“It (NATO expansion) is a sign that our partners in Europe and the United States carried out the short-sighted policy, they don’t look ahead – there is no habit, the habit has already disappeared from our Western partners,” Putin said.

He recalled that after the collapse of the Soviet Union American and European politicians have assured Moscow that the Alliance would not expand. On the contrary, there were proposals to create a total new security system. Its formation may have prevented US withdrawal unilaterally from the ABM Treaty and the construction of missile defense elements in Europe, which breaks the strategic balance, and poses risks for international security.

“Maybe all of this would have happened, but it happened, it’s not a film you can rewind. It is necessary to proceed from there. If we assume that we need to think about what we want in the future. We all want security, peace, prosperity and cooperation,” Putin said.

“Stop to think of the mythical Russian threat, some hybrid war and so on,” he said. “You’re imagining it, and then scare themselves and on this basis and formulate policy perspective”, – said the President of the Russian Federation. “The only prospect in cooperation in all areas, including on security issues,” – said Putin.

Russia is ready to cooperate with other countries to combat terrorism, but urges to act and not “to talk about mutual claims,” Putin said. “Europe will ask – we want. I said this, still speaking at the 70th anniversary of the United Nations at the UN, and urged to unite efforts of all countries in the fight against terror,” he recalled.

However, Putin complained that Russia is often difficult to have a dialogue with the European partners, because their attitude is changing, also after contacts with the United States. “Understand, there is someone senior who is not a senior, who at that claim. We are ready to cooperation”, – said the President of the Russian Federation.

Putin acknowledged that in recent contacts with the US, there is a definite shift in cooperation. “We are now thinking about how to ensure the interests of all countries in the region in the South of Syria. I mean is that all countries that have problems in this region, namely Jordan, Iraq, Syria itself. And, of course, we are ready to listen to the views of the United States, our European partners,” he said. “But it is necessary to conduct a dialogue-specific, and not to talk about any mutual claims and threats have practical work to do,” urged Putin.