Found the corpse of one of the mercenaries sent by Russia to the coup Haftarot in Libya via the private military company “the Group of Wagner.”

Recently recognized by the international community and the UN, the government of Libya broke through the siege and launched a counteroffensive with the support of Turkey. After the liberation of the critically important base of al-Watya forces of the national consensus Government (NTC) was included in many of the towns and villages.

The Libyan army swept from the field by the militia of General coup Khalifa the Haftarot (Khalifa Haftar), supported by Russia, France, the United Arab Emirates, Egypt and Saudi Arabia.

From Russia were sent the mercenaries

Through a private military company called “the Wagner Group”, owned by Eugene Prigogine, who got the nickname “chef” in the organization supply the highest officials in the Kremlin, Russia sent the Haftarot, more than a thousand mercenaries.

Although the government in Moscow denies this fact, the UN reports show that “the Wagner Group” supports the militias of the General coup Khalifa Haftorah, which has almost all the weapons potential of Russian origin. With the end of 2018 the ranks of his army added about 1.2 thousand mercenaries.

News from Libya that will shake the world

Last night, may 22, in Libya during the clashes were captured dead soldier who fought on the side of the Haftarot. His identity revealed another important fact. In the area South of Tripoli, taken over by the military of the legitimate Government of national accord in Libya, was found the body of a soldier, which, as stated, belongs to one of the Russian mercenaries fighting in Libya.

The press service of operation “Volcano of anger” held by the Libyan army, on his page in social networks has also placed photographs of items found with the deceased foreign contractor. These photos drew the attention of a large number of Russian ruble banknotes.

The Libyan government will put the issue before the UN

In a written statement the Ministry of foreign Affairs of Libya, it was noted that a report on this subject will be submitted to the UN Security Council as additional evidence of the presence of foreign mercenaries in Libya. 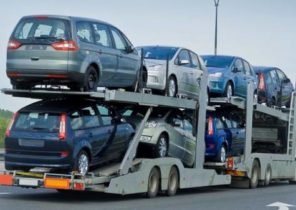