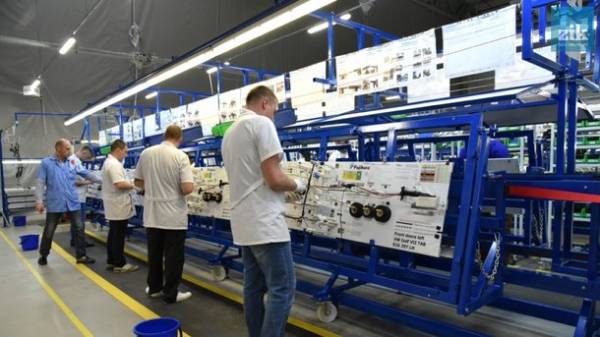 “Fujikura Automotive Ukraine Lviv plans to expand business operations and to increase the number of workers from 2 to 3 thousand people and also open two additional factory with an area of 10 thousand square meters in Vinnitsa and Cherkasy 1.5 thousand new jobs each,” Stepan Kubiv wrote on his page in Facebook.

As you know, the first plant in Ukraine Fujikura opened in the spring of 2016 in Lviv, and the second in autumn of the same year in Rava-Ruska (Lviv region).

Fujikura is a Japanese company that manufactures electrical equipment, telecommunication systems and automotive components. Founded in Tokyo in 1910. Has offices in Ukraine, USA, Singapore, UK, Romania and India. The first representative office in Europe opened in 1988 in London.