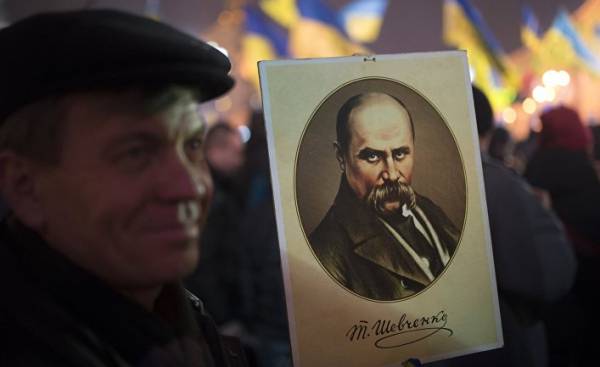 In the social network Vkontakte Mikhail Kononovich, 1-St Secretary of the Communist youth Union of Ukraine, talks about how the regime in Kiev violates the freedom of speech and legal guarantees:

Galitsky Lviv court recently sentenced the 22-year-old young Communist to 2.5 years in prison. Why? On the day of victory over fascism may 9, he laid flowers on the graves of Soviet soldiers on the graves of Ukrainian writers of the XIX century, the revolutionary humanist, Taras Shevchenko and Ivan Franko.

This clearly follows from the case itself and the verdict. Aggravating circumstance was that the young Communist wrote on Facebook: “Lenin is alive. We are alive”.

According to judicial authorities, it is tantamount to incitement to terrorism. The case involved two young Communist, one of them only 15 years old. According to the prosecution, it is treated as an adult “terrorist” because the case is open in accordance with § 258 of terrorism and § 436 of the spread of Communist symbols.

From the court records that “the young Communist terrorists threaten the sovereignty and territorial integrity of Ukraine”. “Gang” who use terrorist methods such as the laying of flowers on may 9, quoting Lenin, Komsomol card and the ribbons, visited the Hill of glory in Lviv, and at the graves of Soviet soldiers who died during the Second world war.

Worst of all, according to the court, that they “read prohibited literature,” in particular, “Capital” Karl Marx. It is clear that “the leader of the terrorist cell of the Komsomol” for 15 years. Therefore, the Prosecutor first has been configured to apply the penal code to juvenile offenders. But representatives of special services of Ukraine has said that the sentence is not conditional.

Imagine: a 15-year-old boy in prison for something that he had read Marx, caring for the graves of Soviet soldiers and laid flowers to the graves of two of the most famous Ukrainian writers! All were in custody, waiting for the next court decision. The “confession” in cases of this kind are the result of mental and physical pressure in the justice system, converted into an instrument of the military apparatus of the government.

Prosecutors and judges allow you to command a neo-Nazi security services that want to eliminate freedom of speech and expression to all who want to develop democracy in Ukraine.

In the main police office in Lviv we are acquainted with the reasons for judgment:

— Komsomol card and membership card of a member of the Communist party of Ukraine addressed to the sentenced,

— 5 CDs with the Communist symbols

— 8 forms for entry into the Komsomol and postcards with Communist symbols.

The court sentenced young people on political and ideological grounds and destroyed the property of legal and active Communist parties and youth organizations!

Since February 2014, the members and leaders of the organization have been attacked over 100 times. Against them used brute force.

May 2, 2014 in Odessa together with 50 other Ukrainians were killed Vadim Papura. We recall that the first minors, killed in Odessa, and the first student, who had been sentenced for the use of Soviet symbols were members of the Communist youth Union.

The headquarters of the young Communist League in Kiev were set on fire and looted. More than 90% of our regional, provincial and municipal organizations across the country destroyed. Property, books and equipment were burned. There has been no death sentence against the perpetrators of the killings, the perpetrators use of violence, beatings, harassment and threats against members of our organization. None of the perpetrators were not held accountable for their actions. This clearly shows that we are dealing with state terror against the entire political opposition in Ukraine. But Ukraine should not remain silent! We take care of that! — writes in the conclusion Kononovich. 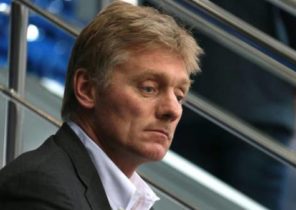