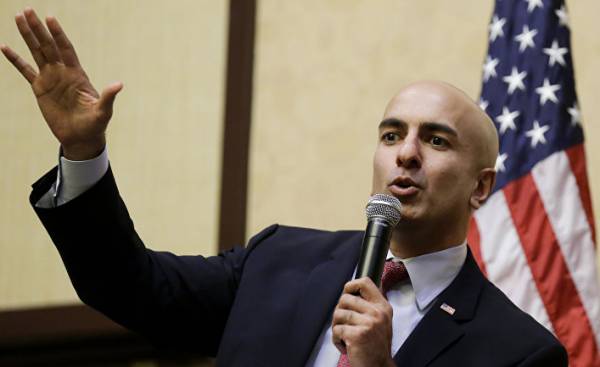 There is a very easy way to prevent the next financial crisis to fix the system problems and thus to weaken the requirements for local credit institutions to increase the reserve capital for the largest banks. In November, the Federal reserve Bank of Minneapolis, which I chair, presented a project involving just that. Our plan involves raising capital for the largest banks — those whose assets exceed $ 250 billion — at least to 23.5%. Then the risk that in the next century, they will need financial state assistance, will be less than 10%.

Of concern, however, that the recent public debates indicate movement in the opposite direction. Some managers of large banks believe that capital requirements are already too high and impede lending. According to a report in this newspaper, the head of Bank of America Brian Moynihan (Brian Moynihan) recently asked the question: “Can we [hold] an additional $ 20 billion in the contingency capital? That doesn’t sound like much, but it could be loans for 200 billion dollars.”

It is true that some of the rules imposed after the financial crisis in 2008, have become an excessive burden, especially for smaller banks, without making the financial system safer. But the claim that the requirements for a reserve capital to keep lending, obviously false.

How can I prove it? Very simple: interest on loans to homeowners and business now almost a record low. If loans were not enough, the borrowers would compete for them, thereby raising the cost. This is not happening. Other indicators are also not indicate a lack of credit. The number of Bank loans over the past three years grew by 23%, almost two times larger than nominal gross domestic product. Only 4% of small businesses, according to a survey by the National Federation of independent business, are unable to meet their credit needs.

If capital requirements will remain in a relaxed state, the banks will almost certainly use the money freed to buy their assets and increase dividends. The purpose of the major banks will not expand lending, and to increase the value of their shares. Let’s not forget that this is the work of a Director of the Bank. Not the protection of taxpayers.

But if the requirements to reserve capital is not a problem, why is it so hard now to get a loan? Can I rely on personal experience. Last year my wife decided to buy a new home. We have applied to the Bank whose customer I was for many years. I thought that because of my long relationship with the Bank and our good reputation, the task will be simple. Taking into account the required 20% initial payment to us after the preliminary assessment suggested a mortgage with a rate of 3,375%, fixed for the first 10 years. It was an attractive rate, showing that lending fixed capital constrains.

Take a preliminary test of the Bank was easy. Then began the disappointment. Employee of the Bank dealing with mortgages, demanded millions of documents: Bank statements, certificate 401 (k) statements, brokerage accounts, tax returns, certificate W-2s, insurance and so on. All this at first seemed reasonable, but weeks passed, and requests for new documents continue to arrive. After about a month I heard such a request, that it is difficult to believe that this is serious. Despite the fact that I have provided all statements on a monthly and timely rent payment from my checking account, the Bank demanded a copy of the lease and wanted to talk to the landlord, which we were filming.

The Bank employee called me with an apology, acknowledging that these claims are ridiculous and that they would have the underwriting Department had no reason to. While we waited, we started to doubt whether it is possible to buy a house. Wouldn’t it be much easier just to keep shooting?

In the end, the Bank loan is issued. I was very upset by the underwriters, who don’t seem able to make judgments or at least to resort to simple common sense. I was under the impression that the Bank staff was just paralyzed with fear, unable to admit error, as if the regulatory authorities were breathing them in the head.

I have talked with many who took out loans in other banks, and they told me similar stories. Good borrowers has become unreasonably difficult to obtain a loan. But again, it’s not in the requirements for core capital, in another case.

The capital is the best protection against the need for government financial assistance. Although capital standards are now higher than before the last crisis, they are still not nearly high enough. The risk needs to resort to state aid in the next hundred years is 70%. The big banks must be able to withstand a loss of about 20% of its assets, without resorting to public financial assistance in a recession like the great recession, according to an analysis by the Federal reserve. Unfortunately, regulators turn a blind eye to big banks, which today have only a half of those assets that are necessary.

There is one simple and fair solution to a systemic problem. When we buy a house, the banks force us to pay 20% of the amount immediately in order to protect their interests, in the case that we find ourselves in a difficult situation. Similarly, should taxpayers demand from large banks to set aside an additional 20% of assets to prevent the need for government support in the case that the financial system will be shaken. Raising capital for large banks and flexible control for small to minimize the frustration of borrowers. If it is considered reasonable to request 20% from us, also reasonable to ask them and banks.