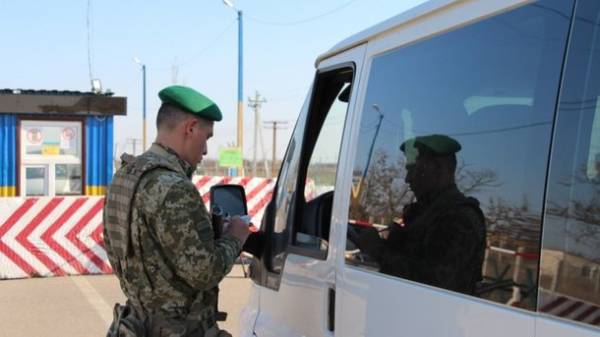 After 12 days, on the night of 10 to 11 June, the Ukrainians will be able to benefit from visa-free regime with the EU. In this regard, the border guards are preparing for an emergency work. How is on the border preparing for bizwise and what else needs to be done before the start, learned the “Today”.

THE QUEUE AND PRINTS. As we told in state frontier service, in the first weeks bezveza they expect an increase in queues and passenger traffic roughly one-third. Such forecasts are made by analyzing the number of issued biometric passports and the dynamics of border crossing by citizens in recent years. “Now the means to check biometric passports (scanners and devices to read fingerprints. — Ed.) equipped 157 international and interstate checkpoints (road, rail and airports)”, — said the speaker of the state border service Oleg Slobodyan. Officially, the guards say that, in General, be ready for the increased passenger traffic. “But is it really enough border inspectors, will practice. Compare this with what bezveza in Ukraine was not yet” — say ordinary guards. “The personnel shortage we have, but the job is” be recognized in a press-state frontier service service.

Expect and increase the queues, because the EU tries to enter, including those who had previously refused visas. Seasoned travelers on the forums advise beginners before leaving to monitor the situation with queues. For example, at road crossings, with the help of web cameras. They have on car sites.

A YEAR OF WORK. To their professional holiday, border guards reported on the past 12 months. During this time (from may 28, 2016 may 28, 2017) the state border, as well as admingranitsu with the Crimea and the line of demarcation in the Donbass crossed 89,5 million people and more than 20 million vehicles. In the pass, for various reasons refused
29 thousand people. 600 of them tried to cross the border with forged documents, in 100 cases, with a false identity, and 8.5 million people — tried to pass in invalid.

Caught with sausage and machines. Despite the prohibition of the entry to the occupied Crimea products, such facts are recorded by the border guards often — several times a week. According to them, the Crimea citizens trying to smuggle several kilograms of sausages, cheeses, condensed milk. Along with this among drivers identify and Kulibin. “Admingranitse in the Crimea recently stopped a car in which thanks to a special button was rolled over the room. That is, moving to mainland Ukraine, the driver pressed the button, exposing the Ukrainian room, and at the entrance to Crimea — Russia”, — told us the speaker of the Kherson border detachment Ivan Shevtsov.

Violations and lack of other crossing points. For example, in Kharkiv region caught the 26-year-old passenger of the bus Toreck — Moscow, which was carried in the bag a Kalashnikov rifle as a normal thing.